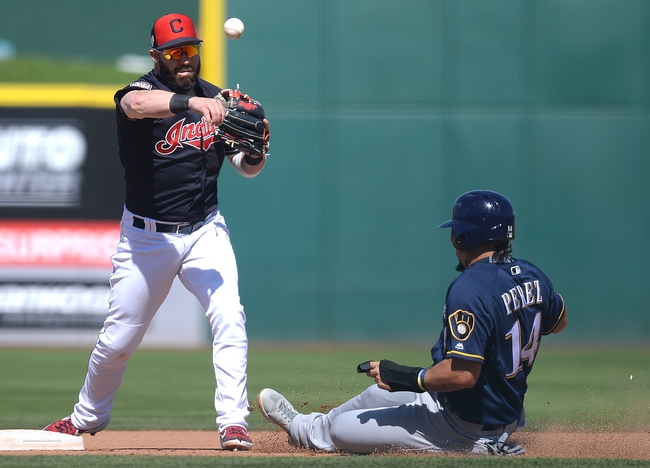 TV: STOh, FSWI Stream the MLB Game of the Day all season on ESPN+. Sign up now!

The Milwaukee Brewers need a win after splitting their last 12 games. The Brewers have scored 15 runs in their last three games and four or more runs in five of their last 10 games. The Brewers have won five straight games when scoring four or more runs. Keston Hiura leads the Brewers with 32 hits and 21 RBI while Christian Yelich and Avisail Garcia have combined for 49 hits and 28 RBI. Corbin Burnes gets the ball, and he is 1-0 with a 2.78 ERA and 46 strikeouts this season. This will be Burnes’ first career game against the Indians.

The Cleveland Indians look to stay hot after winning six of their last eight games. The Indians have scored 16 runs in their last three games and four or more runs in eight of their last 12 games. The Indians have won 10 of their last 12 games when scoring four or more runs. Franmil Reyes leads the Indians with 45 hits and 25 RBI while Francisco Lindor and Cesar Hernandez have combined for 82 hits and 28 RBI. Carlos Carrasco gets the ball, and he is 2-3 with a 3.75 ERA and 45 strikeouts this season. Carrasco is 2-0 with a 1.69 ERA and 24 strikeouts in his career against the Brewers.

Corbin Burnes has allowed nine runs and 16 hits in his last 29 innings while Carlos Carrasco has allowed 13 runs and 25 hits in his last 30 innings. The Cleveland Indians are playing the better baseball entering this series and the Brewers have a scoring issue this season, but Milwaukee has the pitching edge in this contest, as Burnes has been damn good this season and had an ERA well under three in the month of August. From a starting pitching standpoint, the Brewers and the plus money here holds some value.