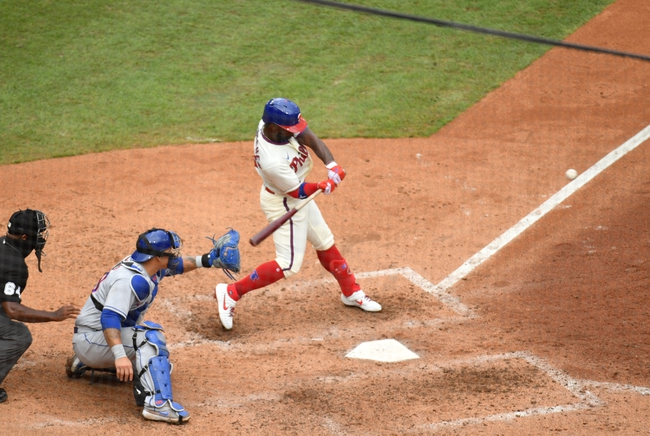 The Philadelphia Phillies and the New York Mets meet Friday in MLB action from Citi Field.

The Phillies are coming out of a four-game set versus the Nationals. Philadelphia took the first three games of that series 8-6, 6-0 and 3-0. In the finale Thursday the Phillies had to have 10 innings to get the win, but they got it done and completed the sweep 6-5. As for the Mets, they played a one-off game versus the Yankees Thursday. In that one, the Mets came back from both four and three runs down to bang out a 9-7 walk-off win in 10 innings. Check back all season long for free MLB picks and MLB predictions for every game at Sports Chat Place.

The Phillies had a 4-2 lead going into the fifth inning on Thursday, but had to rely on extras to manage a win. Didi Gregorius posted two hits, an RBI and a run in that one, and starting pitcher Zach Eflin went 6.0 innings with seven hits, four earned and five strikeouts.

Over on the Mets’ side, they completed an improbable comeback after falling behind both 4-0 and 7-4 in the Thursday game, and won the matchup on a walk-off two-run homer in the 10th from Pete Alonso. Starting pitcher Robert Gsellman had a rough outing with 1.2 innings, four hits, four walks, four earned and no strikeouts.
In the Friday starting pitcher role, New York will send out Rick Porcello. In seven starts this year, Porcello is 1-4 with a 6.00 ERA and 27 Ks in 33.0 innings. Porcello is 150-122 on his MLB career with a 4.39 ERA and 1534 Ks in 2070.1 innings.

Pick: I’m going with the Phillies. Both these pitchers need good bounce-back outings here, though. Arrieta managed just 1.1 innings and 46 pitches in his last game, and his bloated 6.49 ERA is very uncharacteristic. As for Porcello, he’s given up a .321 opposing BA and has managed quality starts in just two of seven outings. Both guys should be better here, but Arrieta probably has the higher ceiling and better chance at success. 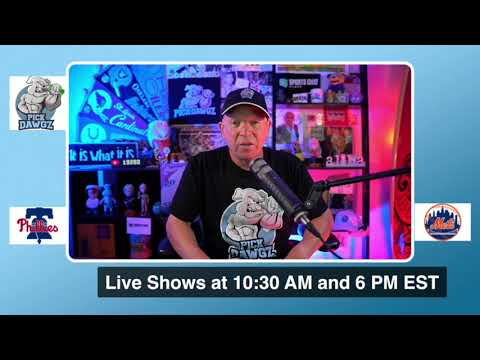