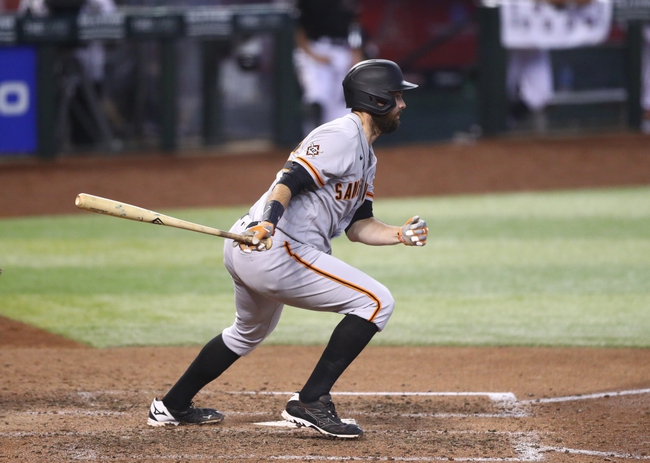 TV: NBCSBA, FSAZ Stream the MLB Game of the Day all season on ESPN+. Sign up now!

The Arizona Diamondbacks and the San Francisco Giants meet in an NL West division matchup in MLB action from Oracle Park on Friday.

The Arizona Diamondbacks will try to bounce back after taking a 5-1 loss to the Dodgers in their last game. Andy Young had a double and an RBI while Josh Rojas, Tim Locastro and Christian walker each contributed a base hit as the D-Backs mustered up just four hits as a team in the losing effort. Luke Weaver took the loss on the mound after giving up two runs on four hits while striking out five over 5.1 innings of work. Taylor Clarke will start here and is 1-0 with a 2.22 ERA and 25 strikeouts this season. In his career, Clarke is 1-2 with a 6.75 ERA and 15 strikeouts against San Francisco.

The San Francisco Giants will try to keep things going against Arizona after a 9-6 loss to Colorado last time out. Mike Yastrzemski went 3 for 5 with a home run and two RBIs while Daniel Robertson also had two RBIs, going 2 for 3 at the dish. Joey Bart and Alex Dickerson each chipped in an RBI to round out the scoring for the Giants in defeat. Evan Longoria and Wilmer Flores each had two hits while Darin Ruf added a base knock to cap off San Fran’s offense as a team in the loss. Logan Webb allowed four runs on seven hits while striking out five over 5.1 innings of work, not factoring in the decision. Sam Coonrod took the loss in relief, falling to 0-1 on the year as a result. Tyler Anderson will start here and is 1-2 with a 4.75 ERA and 24 strikeouts this season. In his career, Anderson is 3-2 with a 6.06 ERA and 57 strikeouts against Arizona.

I’ve gone back and forth on this one as the D-Backs are just in a funk right now losing 12 their iast 13 games, but the thing for me is that Anderson’s been far from a lock on the mound for the Giants and I’m just not sure I trust either starter enough to take a shot. I’ll side with the over here as I could easily see this game hitting double digits by the time all is said and done.