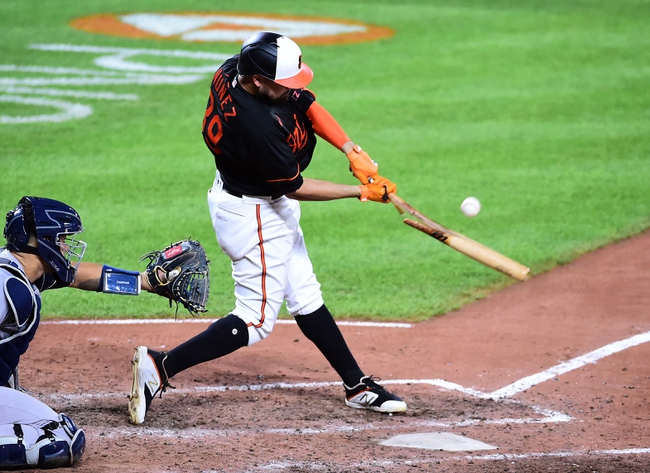 The New York Yankees and the Baltimore Orioles meet Saturday in MLB action from Oriole Park.

This will be the third game in a four-game weekend set between these American League East teams. In the Friday opening doubleheader, we had a split. New York took game one 6-5 in nine innings, and Baltimore evened it up with a 6-3 comeback win in the nightcap. Check back all season long for free MLB picks and MLB predictions at Sports Chat Place.

The Yankees offense has labored heavily over the last couple of weeks, and there were plenty of tepid performances in the Friday doubleheader. New York’s bullpen continued to struggle, giving up an uneasy run in the bottom of the ninth in game one and coughing up four in the fifth inning in game two to give the O’s the win.
For the Saturday starting pitcher role, the Yankees are sending Gerrit Cole to the hill. This season so far, Cole is 4-2 with a 3.91 ERA and 60 strikeouts in 46.0 innings over eight starts. On his career, Cole is 98-54 overall with a 3.24 ERA and 1396 Ks in 1241.0 innings.
Over on the Orioles’ side, they got a great effort offensively from Ryan Mountcastle in game two on Friday. He posted a two-run homer and came away 3-for-3 with two runs and three RBI. Baltimore starting pitcher Jorge Lopez managed the win on 5.0 innings in game two with three runs (no earned), one walk and two Ks.
In the starting pitcher job on Saturday, Baltimore is going with Keegan Akin. This is Akin’s first MLB season. So far, he’s got three appearances (one start) without a decision, along with seven strikeouts and a 1.04 WHIP over 7.2 innings.

Pick: I’m sticking with the Yankees here, but odds-wise I like the team much less than when the season began. Cole is still the best option in the New York rotation, and he should do well yet again here. The problem with the Yankees right now is obviously the injuries, and a serious lack of offensive prowess as a result. It wouldn’t be a bad play to take the Yankees’ opposition (regardless of whom) on a value pick at this point, and realistically I’m not going to shell out on those thick lines anymore, but on paper New York is just better. 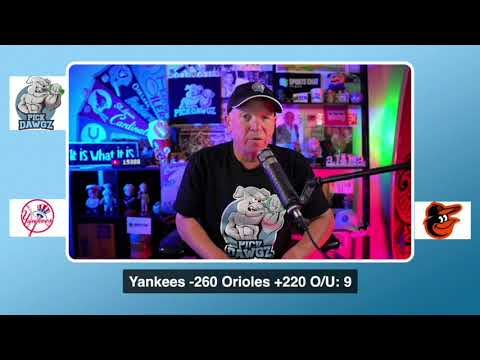