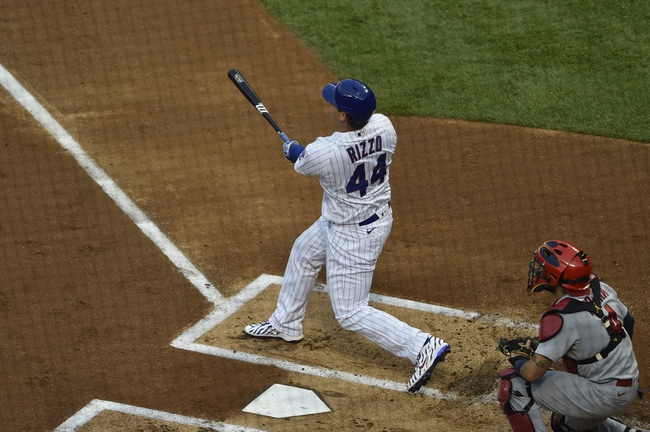 TV: ESPN, MARQ, FSMW Stream the MLB Game of the Day all season on ESPN+. Sign up now!

The St. Louis Cardinals and the Chicago Cubs meet in an NL Central division matchup in MLB action from Wrigley Field on Monday.

The St. Louis Cardinals come into this game looking to build on a 7-3 win over the Cubs on Sunday night. Paul Goldschmidt led the Cardinals with a three-run home run while Tommy Edman had a solo homer in the first inning. Kolten Wong and Ranger Ravelo each had a double and an RBI while Paul DeJong added an RBI as well to finish off the scoring for St. Louis in the win. Harrison Bader went 3 for 3 with a pair of doubles while Tyler O’Neill and Lane Thomas each had a base hit as well to finish off the Cardinals’ offense. Dakota Hudson got the win after giving up three runs on five hits while striking out four over five innings of work to improve to 2-2 on the year. Johan Oviedo will start here and is 0-1 with a 4.30 ERA and 10 strikeouts this season. This will be Oviedo’s second career start against the Cubs.

The Chicago Cubs will try to rebound from a frustrating performance against the Cardinals on Sunday night. All of the Cubs’ damage on the board came via the long ball, as Jason Kipnis belted a two-run home run and Anthony Rizzo hit a solo shot. Kris Bryant went 2 for 4 with a double while David Bote and Willson Contreras each had a base knock to finish off Chicago’s scoring as a team in the losing effort. Jon Lester took the loss, falling to 2-2 on the year after allowing five runs on six hits while striking out four over 3.1 innings of work. Kyle Hendricks will start here and is 4-4 with a 3.78 ERA and 40 strikeouts this season. In his career, Hendricks is 8-3 with a 3.00 ERA and 92 strikeouts against St. Louis.

I get that the plus money with St. Louis is tempting and a heavy line like this is hard to get past with the Cubs. The problem here is that I think the Cubs get a big bounce back and Hendricks is usually a money pitcher at home, especially this year where his ERA is sliced in half (2.60 ERA) compared to what it is on the road (5.24). Oviedo’s been good in his first few starts for the Cardinals, but I just think that Chicago bounces back in a big way here. I can’t lay this juice with the Cubs though so it’s a lean to the Cubs on the run line just based on getting the price down.