The Cincinnati Reds look for a win after splitting their last eight games. The Reds have scored five runs in their last three games and three or less runs in six of their last 10 games. The Reds have lost six of their last seven games when scoring three or less runs. Nick Castellanos leads the Reds with 35 hits and 27 RBI while Jesse Winker and Eugenio Suarez have combined for 63 hits and 45 RBI. Sonny Gray gets the ball, and he is 5-2 with a 3.19 ERA and 56 strikeouts this season. Gray is 4-2 with a 2.38 ERA and 50 strikeouts in his career against the Cubs.

Sonny Gray is coming off a game where he allowed five hits and six runs in 0.2 innings, while Adbert Alzolay has allowed two earned runs and five hits in 8.2 innings on the season. Gray is the more trustworthy pitcher overall in this matchup, but neither of these teams have been able to score lately. I have more confidence the Cubs will turn things around before the Reds. At home, this feels like a spot the Cubs bats will finally wake up. I'll take a stab with the plus money. 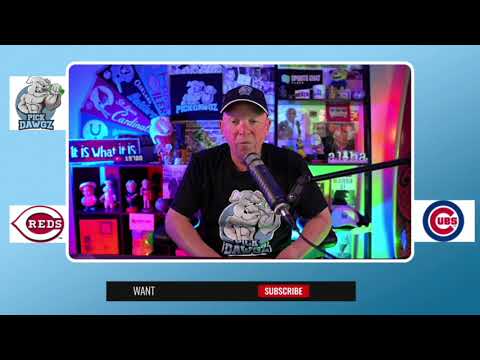