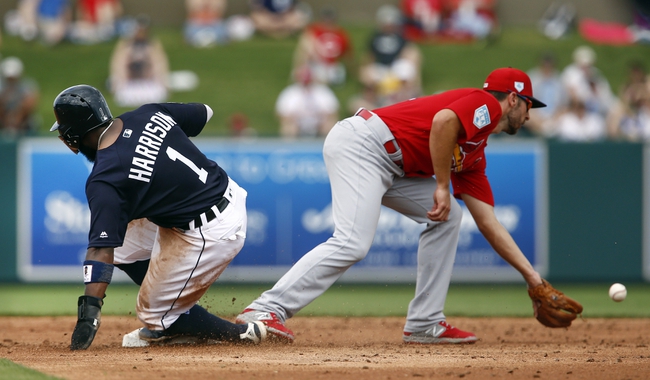 TV: FSDT, FSMW Stream the MLB Game of the Day all season on ESPN+. Sign up now!

The Detroit Tigers and St. Louis Cardinals meet Thursday in game two of an MLB doubleheader at Busch Stadium.

The Detroit Tigers look for a win after losing six of their last eight games. The Tigers have scored 10 runs in their last three games and three or less runs in five of their last seven games. The Tigers have lost five straight games when scoring three or less runs. Jeimer Candelario leads the Tigers with 43 hits and 23 RBI while Jonathan Schoop and Victor Reyes have combined for 85 hits and 35 RBI. Jordan Zimmermann gets the ball, and he was 1-13 with a 6.91 ERA and 82 strikeouts last season. Zimmermann is 0-5 with a 6.04 ERA and 34 strikeouts in his career against the Cardinals.

The St. Louis Cardinals look for a win after splitting their last eight games. The Cardinals have scored 10 runs in their last three games and four or more runs in seven of their last 11 games. The Cardinals have won eight straight games when scoring four or more runs. Paul Goldschmidt leads the Cardinals with 37 hits and 14 RBI while Tommy Edman and Kolten Wong have combined for 60 hits and 26 RBI. Austin Gomber gets the ball, and he is 0-0 with a 0.64 ERA and 13 strikeouts this season. This will be Gomber’s second career game against the Tigers.

Jordan Zimmermann will pitch for the first time this season, and he was god awful last year with an ERA over six and an allowed batting average of .311 through 112 innings. I don't care who the St. Louis Cardinals are throwing on the mound or what they're dealing with, backing the Tigers and Zimmermann isn't an option based on what we saw last season. Give me the Cardinals the RL in game two of this doubleheader. 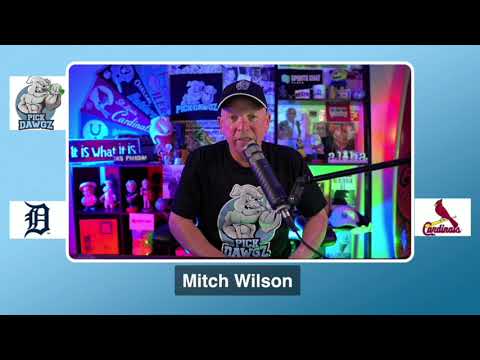