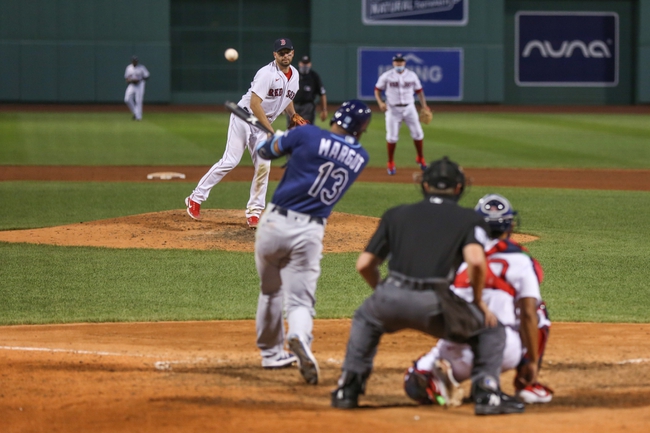 This will be the first installment of a four-game weekend set between these American League East teams. Boston is coming off a two-game set versus the Phillies this week. The Sox split those games, falling 6-5 and winning 5-2. As for the Rays, they played two versus the Nationals this week. Tampa Bay dropped both those games, falling 6-1 and 5-3. Check back all season long for free MLB picks and MLB predictions at Sports Chat Place.

Boston has struggled this season for the most part, but the team still has some reliable bats in the order. Xander Bogaerts leads the team with 10 homers alongside 26 RBI, 25 runs and a .281 batting average. Alex Verdugo is also hitting well with a .311 BA, six omers, 14 RBI, 14 doubles and 29 runs for the Sox this year.

Over on the Rays’ side, they’ve refined their offensive approach over the last few seasons and now have some potent weapons in the order. Brandon Lowe tops the team on 10 homers, 28 RBI, 27 runs and a .250 average this season. Yandy Diaz is hitting .307 with 16 runs, and Willy Adames has 22 runs, 14 doubles, five homers, 15 RBI and a .295 batting average so far.

In the Thursday start, the Rays are sending out Josh Fleming. This is the 24-year-old Fleming’s first year of MLB action, and he’s done well so far. He’s got a 3-0 record in three starts with a 3.52 ERA and 11 Ks in 15.1 innings of work.

Pick: I’m going Rays here. Realistically, there aren’t too many spots I won’t take Tampa Bay right now; the team is just on a great roll—despite the two losses versus the Nats this week. That said, Fleming should be able to hold things down well enough initially, and the bullpen should be fine from there versus Boston’s overall tepid bats. We’ll probably see a lot of the offense in the later innings when the relievers start coming out. 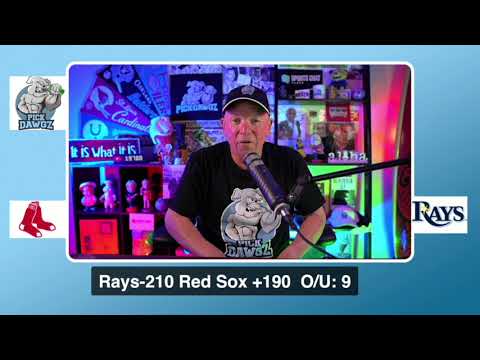