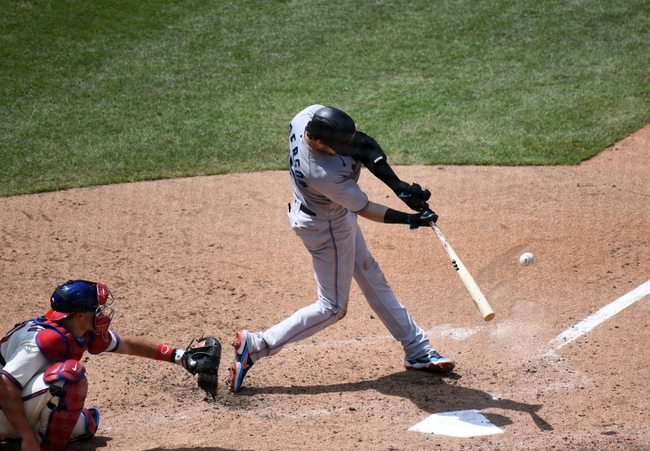 The Philadelphia Phillies and the Miami Marlins meet Friday in MLB action from Marlins Park.

This will be game one of a Friday doubleheader, and the second installment of a mammoth seven-game series between these teams stretching until Monday. In the opening game on Thursday, Philadelphia got off to a commanding lead but the Marlins fought back for a walk-off win 7-6. Check back all season long for free MLB picks and MLB predictions at Sports Chat Place.

The Phillies were up 6-3 on Miami heading into the bottom of the eighth inning on Thursday in the loss. Philadelphia coughed up four runs over the next two frames to give away the game. JT Realmuto led the offense with a solo homer, two hits and two RBI. Starting pitcher Jake Arrieta went 5.2 innings with five hits, three earned, four walks and three strikeouts. Brandon Workman ended up taking the loss coming out of the pen, giving up three hits, two walks and one earned.

Over on the Marlins’ side, Thursday starting pitcher Sandy Alcantara went 6.0 innings in a no-decision, allowing seven hits, three earned, two walks and four strikeouts. Starling Marte was the offensive standout among a group that notched 11 hits on the evening. Marte managed three hits, a double and four RBI. Yimi Garcia earned the win with a clean inning and a strikeout.

In the Friday game one starting pitcher role, the Marlins will be going with Trevor Rogers. In his 15.0 innings and 1-0 record so far this season, Rogers has a 3.00 ERA with 21 strikeouts and eight walks.

Pick: Might as well go with Miami here. Rogers is coming off his best start in his inaugural MLB season, going six innings with one walk, three runs and 10 strikeouts. Rogers has been great at racking up the Ks, posting 21 in 15 innings. I like Nola to keep things close on the other side however, so this one should be another tight affair. 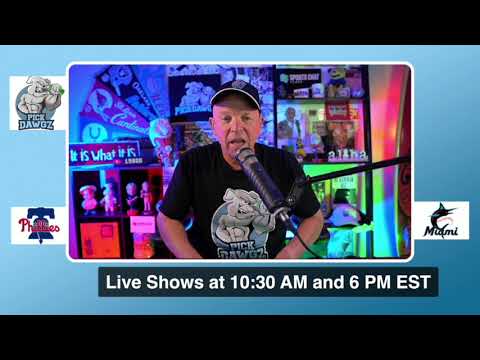