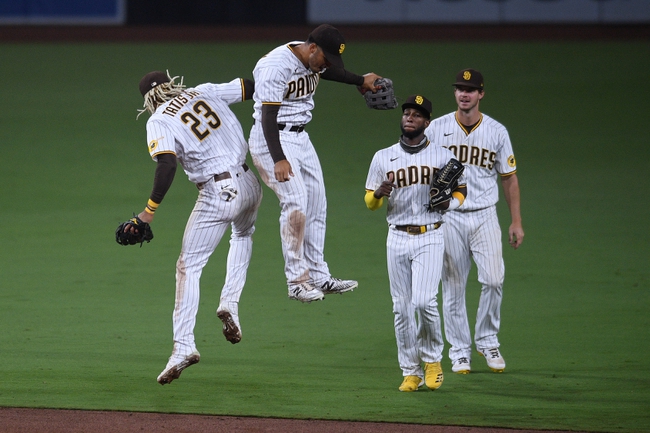 The San Diego Padres look to build on their solid five-game winning streak. The Padres have scored 25 runs in their last three games and four or more runs in nine of their last 11 games. The Padres have won 10 of their last 11 games when scoring four or more runs. Manny Machado leads the Padres with 54 hits and 38 RBI while Fernando Tatis Jr. and Trent Grisham have combined for 101 hits and 59 RBI. Garrett Richards gets the ball, and he is 2-2 with a 4.50 ERA and 38 strikeouts this season. This will be Richards’ second career game against the Giants.

I'll take the Padres and the RL to shave down the ML price here.