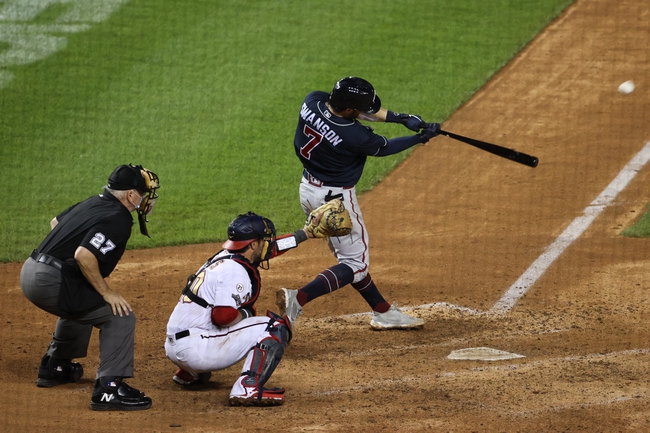 TV: FS1, MASN, FSSO Stream the MLB Game of the Day all season on ESPN+. Sign up now!

The Atlanta Braves and the Washington Nationals meet in an NL East division matchup in MLB action from Nationals Park on Friday.

The Atlanta Braves will look to build on their 7-6 win over the Nats from Thursday night. All of Atlanta’s damage on the scoreboard came via the long ball, as Freddie Freeman had a pair of two-run homers while Ronald Acuna Jr. had a two-run shot as well and Dansby Swanson pitched in a solo homer to finish off Atlanta’s scoring in the win. Marcell Ozuna, Adam Duvall, Nick Markakis and Travis d’Arnaud each had a base hit to finish off the offense for the Braves in the winning effort. Chris Martin picked up the win in what ended up being a bullpen game to improve to 1-1 while Mark Melancon closed the deal for his 9th save of the season.  Josh Tomlin will start here and is 2-2 with a 3.77 ERA and 26 strikeouts this season. In his career, Tomlin is 1-1 with a 3.80 ERA and 13 strikeouts against Washington.

The Washington Nationals will look to bounce back from their loss to Atlanta on Thursday. Adam Eaton led the charge with a two-run home run while Trea Turner and Asdrubal Cabrera each had a triple with an RBI with Cabrera going 2 for 4 at the dish. Juan Soto had a double and an RBI and Yan Gomes added an RBI as well to round out the scoring for the Nationals in defeat. Michael A. Taylor added a double as part of his two-hit night while Josh Harrison added a base knock to finish off the Nationals’ offense in defeat. Tanner Rainey ended up with the loss, falling to 1-1 on the year as a result. Erick Fedde will start here and is 1-3 with a 5.29 ERA and 12 strikeouts this season. In his career, Fedde is 0-1 with a 17.36 ERA and 7 strikeouts against Atlanta.

I keep saying it but Thursday’s loss for Washington just goes to show that the Nationals are the same team from last year, but that’s not going to help in a 60-game season when the Nationals came on strong in the last couple of months last season. The Nationals just keep finding different ways to lose games despite having a ton of talent on the roster, but the bullpen hasn’t gotten any better apparently and that’s a problem. Atlanta’s not much better off in the bullpen department after Thursday and Josh Tomlin’s not the most reliable guy out there, but he’s pitched well recently and Atlanta’s the better team here, so I’ll lay the juice with the Braves on the road here. 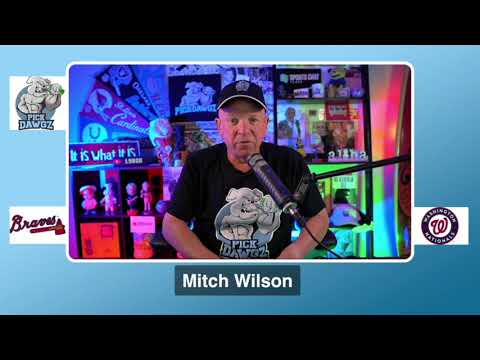