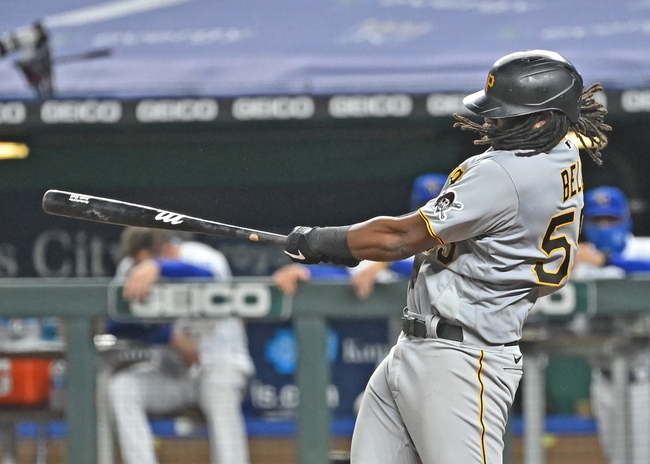 TV: FSKC, ATTP Stream the MLB Game of the Day all season on ESPN+. Sign up now!

The Pittsburgh Pirates and the Kansas City Royals meet in MLB action from Kauffman Stadium on Saturday.

The Pittsburgh Pirates will look to bounce back from a 4-3 loss to the Royals on Friday. Josh Bell led the charge going 3 for 4 with a home run and two RBIs while Jacob Stallings added a double and an RBI as well to finish off Pittsburgh’s scoring as a team in the loss. Ke’Bryan Hayes went 2 for 4 at the dish while Colin Moran added a base knock as well to finish off Pittsburgh’s offense in defeat. Steven Brault took the loss, falling to 0-3 on the year after allowing three runs on five hits while striking out four over four innings of work. Trevor Williams will start here and is 1-6 with a 5.80 ERA and 38 strikeouts this season. This will be Williams’ first career start against Kansas City.

The Kansas City Royals will look to build on their win over Pittsburgh on Friday. Maikel Franco went 2 for 3 with two RBIs while Adalberto Mondesi had a solo home run. Salvador Perez went 2 for 4 with a double while Hunter Dozier added a pair of hits as well to finish off the Royals’ offense as a team in the victory. Kris Bubic got the win, improving to 1-5 on the year after allowing one run on six hits while striking out six over five innings of work. Greg Holland closed things out for his 4th save of the year. Carlos Hernandez will start here and is 0-0 with a 1.42 ERA and 4 strikeouts this season. This will be Hernandez’s first career start against Pittsburgh.

I’m surprised this total’s still in single digits if I’m being quite honest. Williams has allowed 18 runs, 16 earned, across his last three starts spanning 16 innings of work, while Hernandez is still a rookie pitcher making his first start and while he’s been good in the majors, it’s a small sample size for a guy that had an ERA between seven and nine in rookie ball for much of last year. I think the bats come alive for this one so I’ll side with the over as my free pick for this game but my stronger play is on the side and I have that available as a premium pick that you can find here. 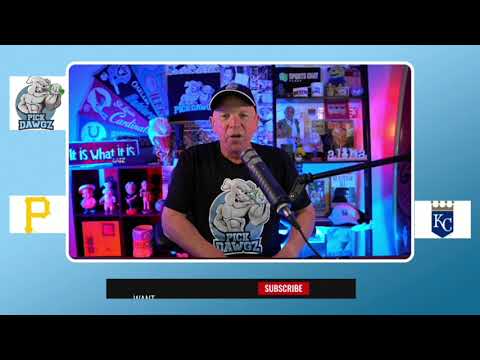