TV: FSWI, MARQ Stream the MLB Game of the Day all season on ESPN+. Sign up now!

The Chicago Cubs and the Milwaukee Brewers meet in an NL Central division matchup in MLB action from Miller Park on Saturday.

The Chicago Cubs will look to bounce back from a narrow 1-0 loss to the Brew Crew in Friday’s matchup. Kris Bryant had a triple and Ian Happ had a base hit as well as the Cubs mustered up just two hits as a team in the losing effort. The rest of the Cubs’ lineup went 0 for 23 with 12 strikeouts with each Chicago player that had an at bat logging at least one strikeout in the loss. Jon Lester threw six shutout innings, giving up just three hits while striking out eight, not factoring in the decision. Rowan Wick took the loss in relief to fall to 0-1 on the year. Kyle Hendricks will start here and is 5-4 with a 3.41 ERA and 44 strikeouts this season. In his career, Hendricks is 9-6 with a 2.87 ERA and 118 strikeouts against Milwaukee.

The Milwaukee Brewers will look to build on their one-run victory over the Cubs on Friday. Ryan Braun had the lone RBI for the Brewers in the win while Avisail Garcia went 2 for 3 at the dish and Orlando Arcia had a double. Jedd Gyorko had a base hit as well as the Brewers mustered up just four hits as a team in the winning effort. Brandon Woodruff threw seven shutout innings, giving up just one hit while striking out 12, not factoring in the decision. Josh Hader got the win to improve to 1-1 in relief on the year. Brett Anderson will start here and is 203 with a 4.64 ERA and 21 strikeouts this season. In his career, Anderson is 1-1 with a 2.66 ERA and 19 strikeouts against the Cubs.

The game saw just one run on Friday and my over pick blew up in my face on that one but I think the bats come alive here and make good on the over a day late. Hendricks is notorious for being a far worse pitcher on the road than at home and Anderson’s given up four runs in five innings in two of his last three starts. I just think this is a game that hits 10-11 runs at least, so give me the over here. 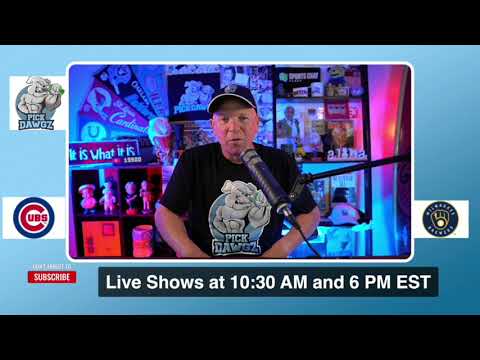