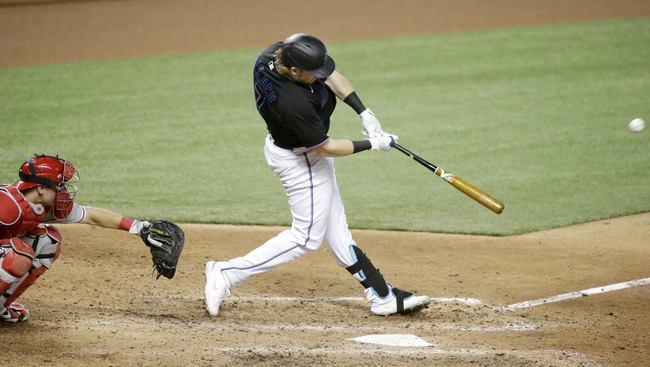 TV: MLBN, FSFL, NBCSP Stream the MLB Game of the Day all season on ESPN+. Sign up now!

The Philadelphia Phillies and the Miami Marlins meet in an NL East division matchup from Marlins Park on Monday.

The Philadelphia Phillies will look to rebound after being swept in both legs of Sunday’s double-header against the Marlins, losing game one by a final count of 2-1 and game two by a final of 8-1. Game one saw Andrew Knapp record the lone RBI for Philadelphia with Alec Bohm hitting a double as the Phils cranked out just three hits as a team while game two saw Bohm log the Phils’ lone RBI with a solo homer in the 2nd inning as Philadelphia had just four hits as a team in the loss. Game one saw Ramon Rosso take the loss after allowing 2 earned runs in 2.1 innings of work while game two had Zach Eflin take the loss on the bump after allowing 4 runs in 4 innings of work. Vince Velasquez is expected to start here and is 0-0 with a 5.85 ERA and 29 strikeouts this season. In his career, Velasquez is 4-3 with a 4.64 ERA and 75 strikeouts against Miami.

The Miami Marlins will look to build off of their double-header sweep on Sunday. Game one saw Corey Dickerson and Starling Marte each log an RBI as the Fish had four hits as a team in the winning effort while game two was a lot more offensive for Miami. Chad Wallach had a two-run home run while Miguel Rojas and Jesus Aguilar each had two RBIs as well. Matt Joyce and Brian Anderson each had RBIs to finish off Miami’s scoring in the win while Starling Marte had a 3 for 4 day at the plate. Game one saw Sixto Sanchez pick up yet another win since joining the Marlins’ rotation with a “complete game” after tossing seven innings of one run ball with four strikeouts while game two saw Braxton Garrett got the win after giving up one run with six strikeouts over five innings of work. Pablo Lopez will start this one and is 3-4 with a 4.50 ERA and 40 strikeouts this season. In his career, Lopez is 0-1 with a 5.06 ERA and 12 strikeouts against Philadelphia.

I’m a bit weary of backing Lopez right now, as he’s allowed 12 runs in 5.2 innings in his last two starts including 7 runs in 1.2 innings in that 29-9 debacle against Atlanta last week and Lopez has also lost his last three starts. However, that third start came at home where Lopez allowed two runs over seven innings of work, and it was just a matter of no run support for Lopez in that outing. Velasquez is a pitcher that normally gets roughed up any time he takes the mound and I expect this to be no different. I’ll side with the Marlins to ride the momentum from Sunday’s sweep to another win here. 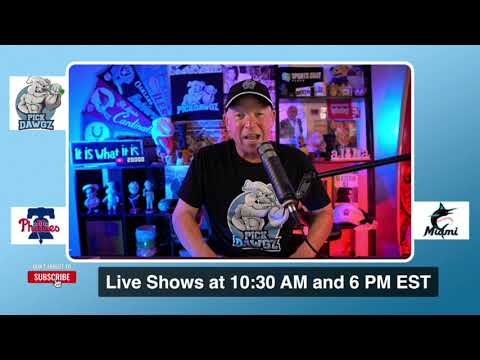