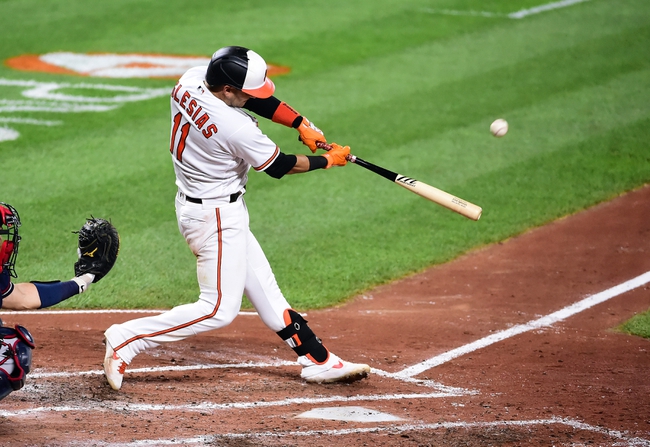 The Atlanta Braves and the Baltimore Orioles meet in MLB action from Camden Yards on Tuesday.

The Atlanta Braves will look to rebound after being on the wrong end of a 14-1 scoreline in their last outing. Freddie Freeman went 2 for 3 with a 6th inning home run to make up the scoring for the Braves in the loss. Ozzie Albies went 2 for 3 at the dish and Marcell Ozuna had a base hit as well to finish off the offense for Atlanta in defeat as the Braves had just five hits as a team in the losing effort. Touki Toussaint took the loss, falling to 0-2 after allowing five runs on seven hits over 2.2 innings of work. Huascar Ynoa is expected to start here and is 0-0 with a 6.75 ERA and 11 strikeouts this season. This will be Ynoa's first career start against Baltimore.

The Baltimore Orioles will try to build off of the beatdown over Atlanta on Monday. DJ Stewart and Jose Iglesias each had a home run and four RBIs with Iglesias going 4 for 4 at the dish while Stewart went 2 for 5. Ryan Mountcastle had three hits with three RBIs while Cedric Mullins added two RBIs and Pat Valaika had an RBI as well mixed in there. Austin Hays was held off of the score sheet but did go 2 for 4 at the plate as well for the O’s in the winning effort. Jorge Lopez got the win on the mound to improve his record to 2-0 on the year after allowing just one run on five hits while striking out three over seven innings of work. Thomas Eshalman is expected to start here and is 3-0 with a 3.96 ERA and 11 strikeouts this season. This will be Eshelman's first career start against Atlanta.

Trends for this game have not been released as of yet.

It's hard to predict what we're going to see from either of these teams in what's likely going to be a bullpen game, but I'm expecting Ynoa to give up a few and the same from Eshelman is what could turn into a 6-5 type of game. I'll side with the over in this one and hope for a high scoring game in a game I'm otherwise not going near.