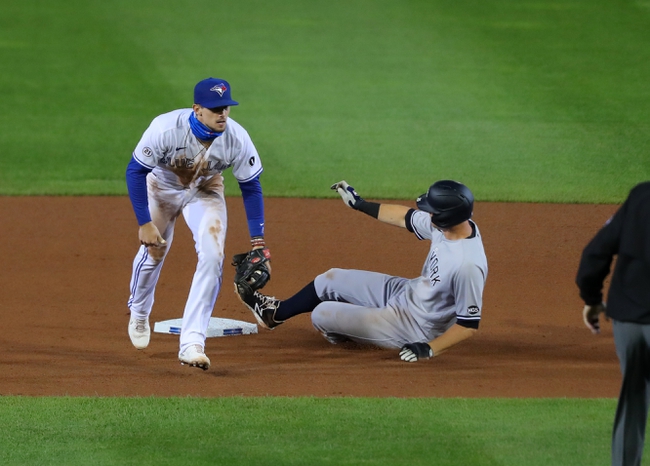 This will be the first installment of an important three-game series between these teams this week. The Jays are coming out of a series versus the Mets, falling on Friday but taking the Saturday and Sunday games. As for the Yankees, they just finished up sweeping the Orioles in four games, winning 6-0, 10-1, 2-1 and 3-1. Check back all season long for free MLB picks and MLB predictions at Sports Chat Place.

The Blue Jays’ offense has a few notable standouts this season. Teoscar Hernanez leads the team on 14 homers with 27 RBI, 45 hits, 27 runs and a .308 batting average. Randal Grichuk is hitting .273 with nine homers, 27 RBI and 28 runs this year. Vladimir Guerrero is also hitting pretty well with six homers, 23 RBI, 24 runs and nine doubles.

In the Tuesday starting pitcher job, the Yankees will send rookie Deivi Garcia back out to the mound. In three starts this season, Garcia is 1-1 with a 3.06 ERA and 18 strikeouts in 17.2 innings of work.

Pick: I’m leaning Yankees here, but probably staying away. Garcia posted his first Major League win in his last start, which was against Toronto. In that one Garcia put up seven innings with two runs and helped New York get turned around. As for Walker, he’s gotten into some trouble here and there but always finds his way out. This one is going to be tight, and also a very, very important series in the division.