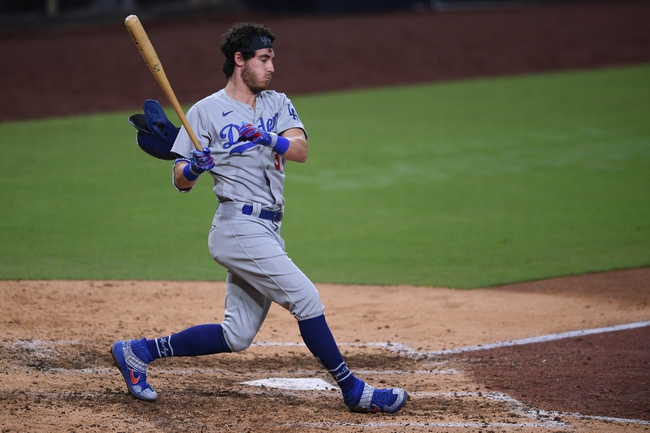 TV: ESPN, FSSD, SNLA Stream the MLB Game of the Day all season on ESPN+. Sign up now!

The Los Angeles Dodgers and the San Diego Padres meet in an NL West division matchup in MLB action from Petco Park on Wednesday.

The Los Angeles Dodgers will look to build on a 3-1 win over the Padres on Tuesday night. Edwin Rios had a solo home run while Justin Turner went 3 for 4 with an RBI and Cody Bellinger had an RBI as well to finish off the Dodgers’ scoring as a team in the win. Mookie Betts went 2 for 4 at the plate while Will Smith and Chris Taylor each chipped in base hits to finish off the Dodger offense in the victory. Tony Gonsolin got the win to improve to 1-1 after allowing one run on four hits while striking out a pair over seven innings of work. Kenley Jansen closed the door for his 11th save of the year. Dustin May will start here and is 1-1 with a 2.81 ERA and 28 strikeouts this season. In his career, May is 1-3 with a 3.24 ERA and 19 strikeouts against San Diego.

The San Diego Padres will look to rebound after their loss to the Dodgers on Tuesday. Trent Grisham had the lone RBI for the Dodgers while Jurickson Profar and Wil Myers each had a double with Profar going 2 for 3 at the dish in the loss. Mitch Moreland and Manny Machado each had a base hit as the Padres cranked out just six hits as a team in the losing effort. Zach Davies ended up with the loss after allowing all three runs on eight hits while striking out five over six innings of work. Adrian Morejon will start here and is 2-0 with a 2.53 ERA and 14 strikeouts this season. This will be Morejon’s first career start against the Dodgers.

This series has been hard to get a feel for as just when I think the Padres have momentum after rallying against Clayton Kershaw, the Padres put up a dud against Tony Gonsolin. With that said, Dustin May left his last start after taking a liner off of his foot, and if he goes here, I can’t expect him to be 100% and that won’t cut it against a Padres team that won’t have quiet bats for very long. Morejon isn’t a world-beater by any means, but with some run support, I think he can get it done. Give me the Padres here.