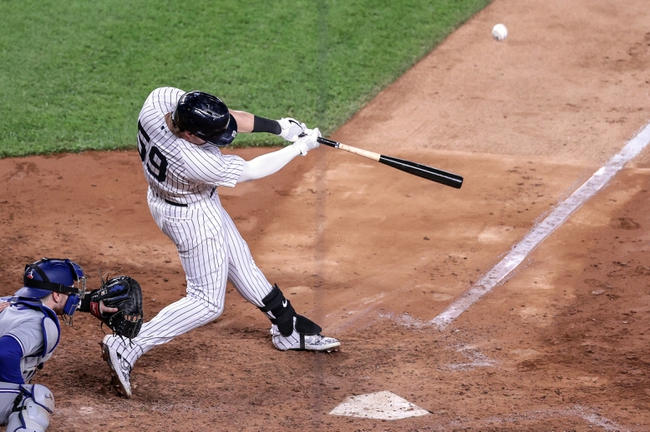 The Toronto Blue Jays and the New York Yankees meet in an AL East division matchup in MLB action from Yankee Stadium on Thursday.

The Toronto Blue Jays will try to rebound from a 13-2 loss to the Yanks on Wednesday. Joe Panik had a solo home run while Jonathan Villar added a double. Vladimir Guerrero Jr., Randal Grichuk and Santiago Espinal each had a base hit to finish off Toronto’s offense as the Jays had just five hits as a team in the losing effort. Tanner Roark took the loss, falling to 2-2 on the year after allowing six earned runs on six hits with four strikeouts over four innings of work. Chase Anderson will get the start here and is 0-1 with a 5.81 ERA and 25 strikeouts this season. This will be Anderson’s first career start against the Yankees.

The New York Yankees will look to build on back-to-back beatdowns after Wednesday’s win. Kyle Higashioka had three home runs with five RBIs while DJ LeMahieu had a 3 for 4 day with two home runs and three RBIs. Luke Voit had a home run and three RBIs as well while Clint Frazier had a home run and two RBIs to cap off New York’s scoring as a team in the win. Aaron Hicks, Erik Kratz, Gio Urshela, Tyler Wade and Gary Sanchez all had base hits as well to finish off the offense for New York as a team in the victory. Gerrit Cole got the win to improve to 6-3 on the year after allowing one earned run on three hits while striking out eight over seven innings of work. Masahiro Tanaka will start here and is 2-2 with a 3.16 ERA and 34 strikeouts this season. In his career, Tanaka is 13-5 with a 2.87 ERA and 128 strikeouts against Toronto.

The plus money with Toronto is tempting, but the Blue Jays have been outscored 33-8 in the first two games of this series and facing a pitcher in Tanaka who has had their number in past seasons. I think another blowout could be on the cards in this one, so I’ll side with the New York Yankees on the run line as my pick for this game. 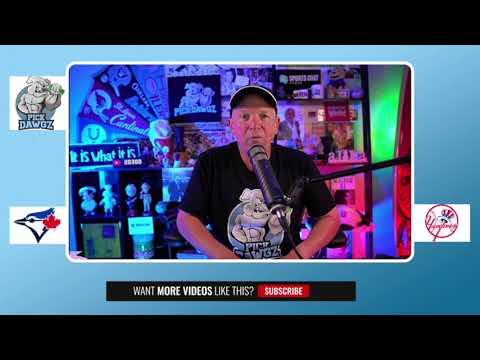