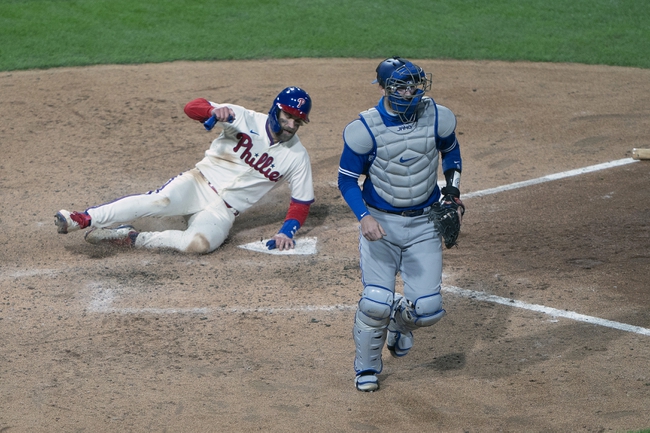 TV: NBCSP, NSPA Stream the MLB Game of the Day all season on ESPN+. Sign up now!

This will be the third matchup in a four-game series between these teams this weekend. On Friday, we opened up with a doubleheader. In game one, the Phillies posted a 7-0 shutout win and kept it going in the nightcap with an 8-7 victory. Check back all season long for free MLB picks and MLB predictions at Sports Chat Place.

The Blue Jays dropped the nightcap on Friday despite putting up a 5-2 lead heading into the bottom of the fourth. Teoscar Hernandez led the offense there with a solo homer, two runs and three hits. Starting pitcher Ross Stripling went 3.1 innings with four hits, three earned, three walks and four strikeouts.

Over on the Phillies’ side, starting pitcher David Hale went 3.1 innings in the Friday nightcap with four hits and two earned runs. Bryce Harper went 3-for-3 with two RBI and a run.

Pick: I’m leaning toward sticking with the Blue Jays here. The Phillies are relying heavily on Velasquez right now, thanks to an injury to Spencer Howard and another to Jake Arrieta. Velasquez will be very important to Philadelphia down the stretch, but he’s struggled over his last couple of outings. In his last pair of starts, Velasquez is sporting a 6.23 ERA and has been iffy at best. Toronto should be able to post a few cushion runs over the first five innings or so and be in a nice position in this one.