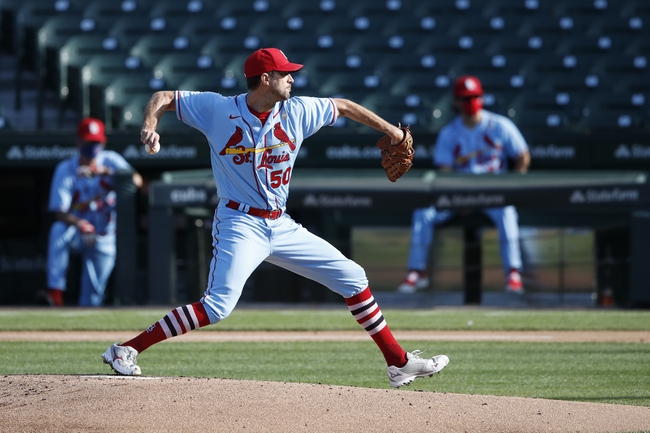 TV: FSKC, FSMW Stream the MLB Game of the Day all season on ESPN+. Sign up now!

The St. Louis Cardinals and the Kansas City Royals meet in MLB action from Kauffman Stadium on Monday night.

The St. Louis Cardinals will look to keep their playoff hopes strong after eking out a 2-1 win over the Pittsburgh Pirates on Sunday. Yadier Molina’s 7th inning home run accounted for both St. Louis RBIs in the win while Paul Goldschmidt went 2 for 4 with a double and Dylan Carlson added a double as well in the victory. Matt Carpenter and Tommy Edman each had a base hit as well to finish off St. Louis’ offense as a team in the winning effort. Jack Flaherty got the win to improve to 4-2 on the year after allowing one run on two hits while striking out 11 over six innings of work. Andrew Miller closed out the 9th for his 3rd save. Adam Wainwright starts here and is 5-1 with a 2.87 ERA and 44 strikeouts this season. In his career, Wainwright is 5-2 with a 3.96 ERA and 52 strikeouts against Kansas City.

The Kansas City Royals will try to rebound after a 5-3 loss to the Milwaukee Brewers in their last game on Sunday. Salvador Perez had a two-run home run while Whit Merrifield went 2 for 4 with an RBI. Erick Mejia had a double while Edward Olivares added a base hit as well to finish off the offense for the Royals as KC had just six hits as a team in the losing effort. Brad Keller took the loss after allowing all five runs on five hits with four strikeouts over five innings of work. Carlos Hernandez will start here and is 0-0 with a 3.86 ERA and 6 strikeouts this season. This will be Hernandez’s first career start against St. Louis.

I’ve been burned multiple times on the Cardinals run line over the last week, but with Wainwright on the mound here, who appears to have turned on vintage Wainwright when the cardinals need it most in the middle of a playoff chase, I think we’re getting a decent enough price to take the Cardinals on the money line here. Give me St. Louis and lay the juice as my free play for this game but my stronger play is on the total and I have that available as a premium play that you can find here. 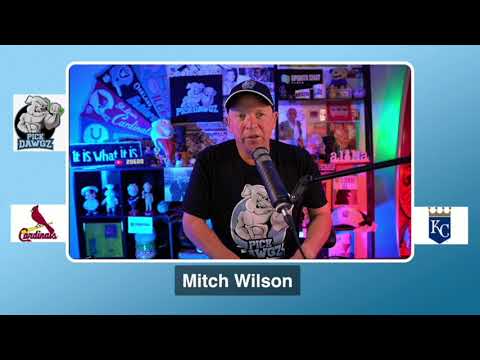