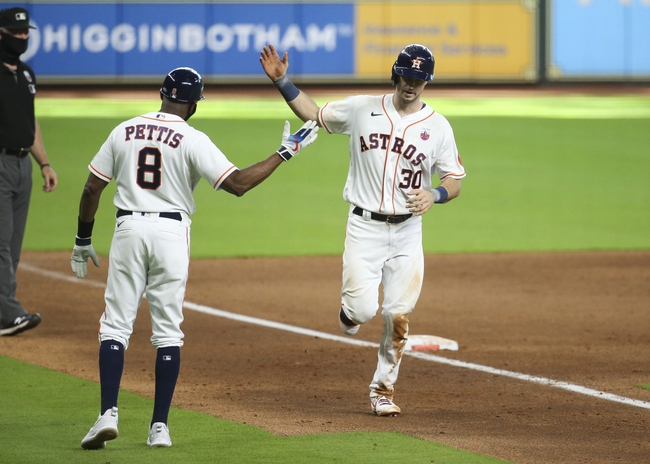 The Houston Astros and the Seattle Mariners meet Monday in MLB action from T-Mobile Park.

This will be the first installment of a three-game set between the Astros and Mariners this week. Houston is coming off a series versus the Diamondbacks over the weekend, splitting the first two games. In the Sunday rubber match, the Astros pulled off a nice 3-2 comeback win to take the series. As for the Mariners, they played the Padres over the weekend, also splitting their first pair. In the Sunday game, Seattle fell 7-4 in extra innings. Check back all season long for free MLB picks and MLB predictions at Sports Chat Place.

The Astros were down 2-0 heading into the sixth inning on Sunday, but were able to cobble together three runs then hang on to take the win. George Springer had a great day at the plate in that one, going 3-for-4 with two solo homers. Starting pitcher Jose Urquidy went 6.0 innings with six hits, two earned, two walks and two strikeouts.

Over on the Mariners’ side, they came back form a 3-1 deficit to force extra innings, but ultimately fell in 11 innings on Sunday. Dylan Moore hit his eighth homer of the year in that one, a two-run shot as part of a two-hit day. Starting pitcher Justin Dunn finished with 5.2 innings, three earned, four walks and six Ks.

Meanwhile, the Mariners are 15-40 in their last 55 home games versus a team with a winning record and 1-4 in their last five during game one of a series. Seattle is 1-4 in their last five home games and the over is 7-1 in their last eight Monday games.
Pick: I like the Mariners here, and there are a few reasons for that. One is McCullers’ numbers on the road this season. In four starts away from Minute Maid Park in 2020, McCullers is 0-2 with a 13.50 ERA and 1.243 opposing OPS. That’s obviously not promising. On the other side is Gonzales, who has gone 6-1 with a 3.27 ERA and four walks in 52.1 innings since his ugly Opening Day start. I like Gonzales to keep it going here and help Seattle get a victory. 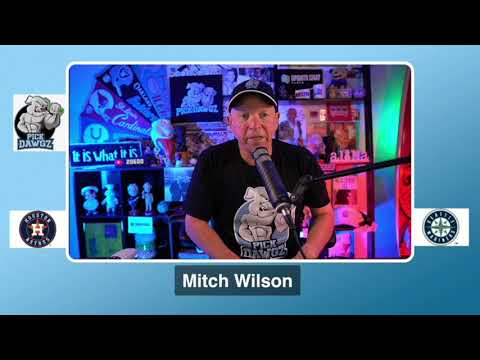