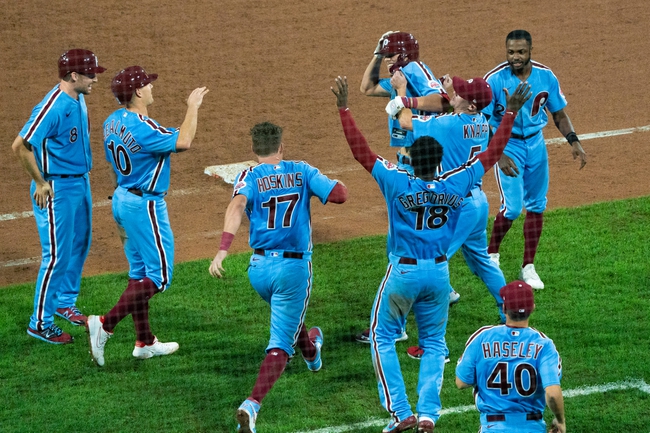 The Philadelphia Phillies and the Washington Nationals meet Monday in MLB action from Nationals Park.

This will be the first installment in a four-game set between the Phillies and Nationals this week. Philadelphia is coming off a series versus the Blue Jays. After taking the first three games of that set, on Sunday the Phillies fell 6-3 to miss out on the sweep. As for the Nationals, they just played the Marlins, splitting the Friday doubleheader and losing on Saturday. In the Sunday doubleheader, Washington lost 2-1 in the first game then bounced back for a huge 15-0 victory in the second. Check back all season long for free MLB picks and MLB predictions at Sports Chat Place.

The Phillies were out-hit 8-6 by Toronto in the Sunday loss, and coughed up four runs after the fifth inning. Alec Bohm led the Philly offense with two hits, a run and an RBI. Starting pitcher Adonis Medina went 4.0 innings with three hits and two earned runs with three walks and four strikeouts.

Over on the Nationals’ side, they out-hit Miami 7-5 in game one on Sunday but couldn’t find any runs to show for it. Starting pitcher Max Scherzer took the loss on 5.2 innings and two unearned runs. In game two, the Nats offense came alive with 18 hits. Juan Soto and Asdrubal Cabrera led the way with a combined six hits, four RBI and five runs.

Meanwhile, the Nationals are 19-40 in their last 59 games as a home underdog and 7-16 in their last 23 games as an underdog. Washington is also 9-27 in their last 36 games versus a right-handed starter and 3-7 in their last 10 during game one of a series.
Pick: I’m going Phillies here. Sanchez should be better here than he was in his last outing versus the Phillies on September 3, where he went just 3.1 innings and gave up four runs (three earned) off nine hits. As for Wheeler, he’s been pretty darn great this year for Philly. In his last start, Wheeler was effective against the Mets, which is a good sign after a fingernail injury scare on his right hand. He should be good to go for this one as well. 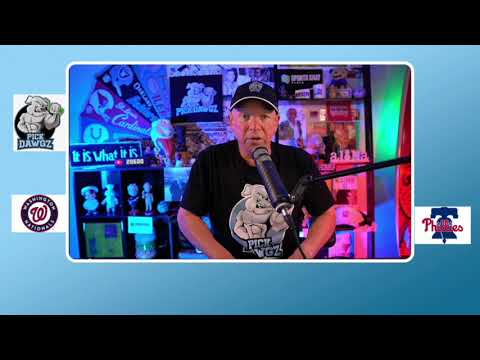