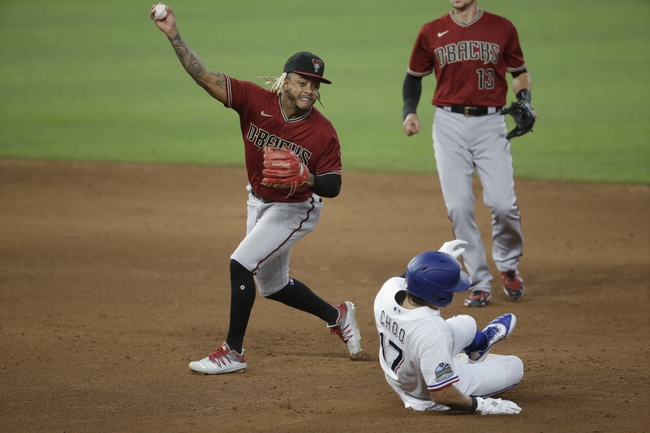 TV: FSAZ, FS1, FSSW Stream the MLB Game of the Day all season on ESPN+. Sign up now!

The Texas Rangers need a win after losing six of their last nine games. The Rangers have scored 15 runs in their last three games and three or less runs in five of their last seven games. The Rangers have lost six of their last seven games when scoring three or less runs. Isiah Kiner-Falefa leads the Rangers with 56 hits and eight RBI while Nick Solak and Joey Gallo have combined for 82 hits and 46 RBI. Jordan Lyles gets the ball, and he is 1-5 with a 7.07 ERA and 29 strikeouts this season. Lyles is 3-7 with a 6.45 ERA and 46 strikeouts in his career against the Diamondbacks.

Jordan Lyles has allowed 14 runs and 20 hits in his last 25.1 innings while Caleb Smith has allowed three runs and four hits in his last five innings. This isn't an ideal matchup overall or the best pitching matchup in the world, but the Diamondbacks are the team that's playing the better baseball and it's Lyles who has been absolutely terrible this season. On the road this season through 26.1 innings, Lyles has an ERA of 7.18 and 11 walks to go with 11 strikeouts. No, thank you.

I'll side with the Diamondbacks if forced to pick.