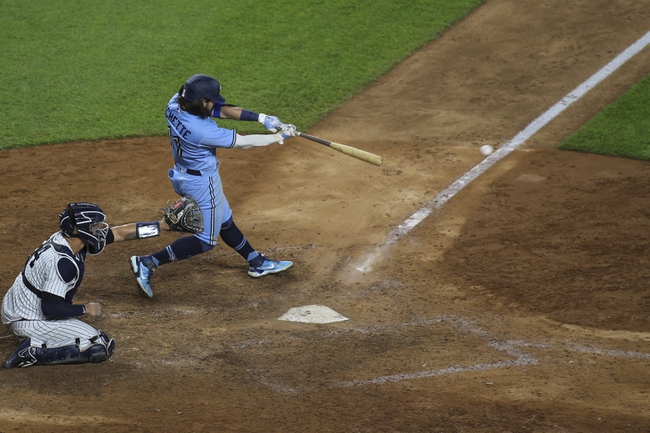 TV: YES, ESPN Stream the MLB Game of the Day all season on ESPN+. Sign up now!

This will be the second installment of a four-game series between these American League East teams this week. In the set opener on Monday, Toronto’s offense came alive with a big effort in an 11-5 victory. Check back all season long for free MLB picks and MLB predictions at Sports Chat Place.

The Yankees got into some pitching trouble early in the Monday loss, and the offense couldn’t dig them out of the big hole. New York’s Mike Tauchman provided three RBI and one hit, while Gio Urshela had two hits, two RBI and a run.

Over on the Blue Jays’ side, their offense really got going in the third and fourth innings on Monday, scoring a combined nine runs in those two frames alone. Bo Bichette had a great night with two hits, two runs and two RBI, and starting pitcher Matt Shoemaker went 3.0 innings with three hits and one earned run.

Pick: I’m sticking Yankees here, I suppose. After the flat efforts in the last two games I’m not as high on New York as I was last week. Still, with Cole on the mound things look better. In his last outing, Cole posted seven innings with one run against Toronto, striking out eight and bagging career victory number 100. He’s got a sweet 0.90 ERA across his last three starts. The sketchy nature of New York's bullpen is a legitimate concern over the course of the season however, so you wouldn't be crazy for taking the Blue Jays on a value play in this one. 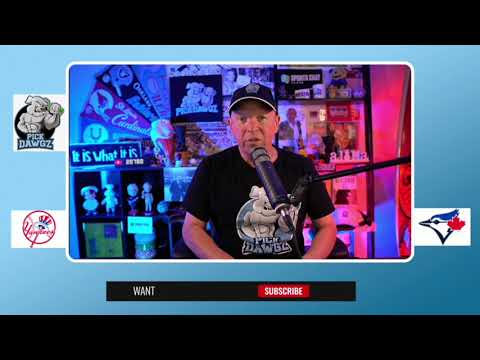