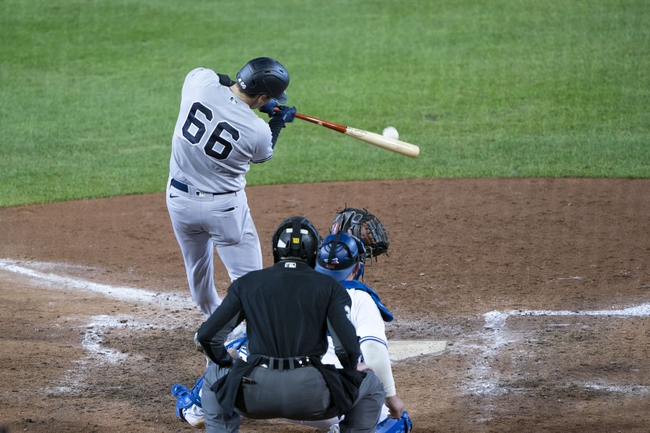 The New York Yankees and the Toronto Blue Jays meet in an AL East division matchup in MLB action from Sahlen Field on Wednesday.

The New York Yankees will look to keep their momentum going after a 12-1 beatdown win over Toronto on Tuesday. Aaron Hicks went 2 for 4 with a triple and three RBIs while Gleyber Torres, Gio Urshela and Kyle Higashioka each had two RBIs and a double with Urshela batting 4 for 5 while Torres went 3 for 6 at the dish and Higashioka had two hits. Aaron Judge went 3 for 5 with an RBI and Brett Gardner added an RBI as well to finish off the Yankees’ offense as a team in the win. Gerrit Cole got the win to improve to 7-3 on the year after allowing one run on five hits while striking out seven over seven innings of work. Masahiro Tanaka will start here and is 3-2 with a 3.27 ERA and 39 strikeouts this season. In his career, Tanaka is 14-5 with a 2.92 ERA and 133 strikeouts against Toronto.

The Toronto Blue Jays will look to rebound from a disappointing showing in Tuesday’s matchup. Cavan Biggio had a solo home run in the 4th while Vladimir Guerrero Jr., Randal Grichuk, Jonathan Davis and Alejandro Kirk each had a base hit as well as the Jays had just five hits as a team in the losing effort. Tanner Roark took the loss on the mound for Toronto after allowing six earned runs on seven hits with 4 strikeouts over 4.1 innings pitched to drop to 2-3 on the year. Robbie Ray will start here and is 2-5 with a 7.17 ERA and 63 strikeouts this season. This will be Ray’s second career start against the Yankees.

The Yankees have been heavy favorites in this series so far and I’m expecting Wednesday to be no different. And while I’m not looking to lay heavy juice or run lines with Masahiro Tanaka, the fact is that Toronto had just been beaten up and is limping into the playoffs. Tanaka’s also allowed three runs or less in each of his last five starts while Ray continues to give up runs left and right. I’ll take the Yankees -1.5 as my pick for this one. 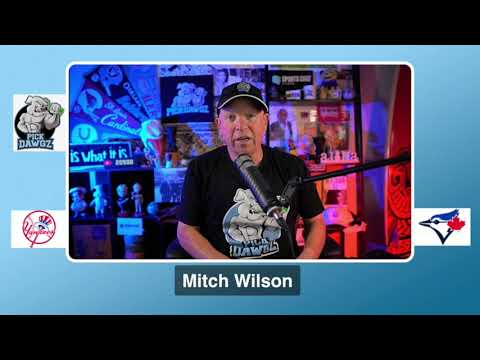