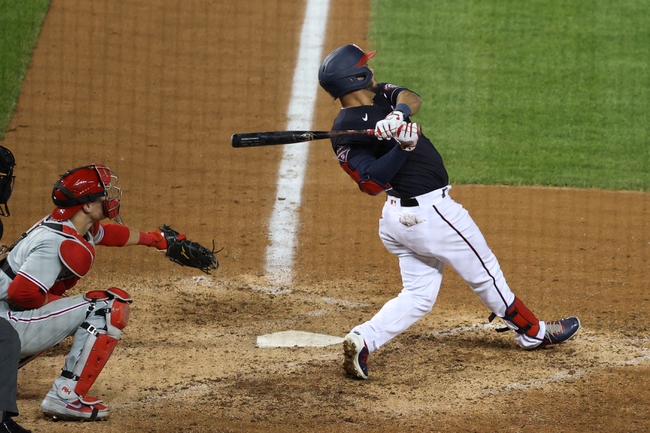 TV: MAS2, NSPA Stream the MLB Game of the Day all season on ESPN+. Sign up now!

The Philadelphia Phillies and the Washington Nationals meet Wednesday in MLB action from Nationals Park.

This will be the fourth and final matchup of the series between the Phillies and the Nationals this week. Washington took a 5-1 victory in the Monday opener. In the Tuesday doubleheader, Washington was able to take both outings. The Nationals posted a 5-1 win in game one and followed it up with an 8-7 victory in the nightcap. Check back all season long for free MLB picks and MLB predictions at Sports Chat Place.

The Phillies out-hit Washington 11-9 in the game two loss Tuesday, but the Nationals walked off in the bottom of the eighth inning. Three different Philadelphia players had multiple hits in that one, and JoJo Romero took the loss with 0.2 innings and three earned runs.

Over on the Nationals’ side, it was a pretty good day on Tuesday. Juan Soto posted a three-run homer, and starting pitcher Paolo Espino went 4.0 innings with three runs, four strikeouts and one homer allowed.

Pick: I’m going to stick with Philadelphia here. Eflin is coming off a nice start in Game 1 of Friday’s doubleheader versus the Blue Jays. In that one, Eflin tossed a complete-game (seven innings) shutout that was a big lift for the rest of the pitching staff. If Philly can get into the playoffs, Eflin shapes up to be the No. 3 option. As for Fedde he’s 0-2 with an 8.18 ERA in 11 innings and two starts versus the Phillies this year. He’s allowed three homers with five Ks in that span. 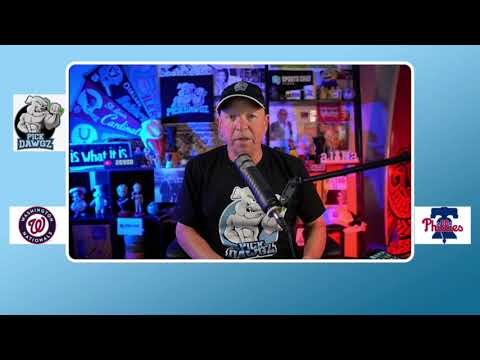