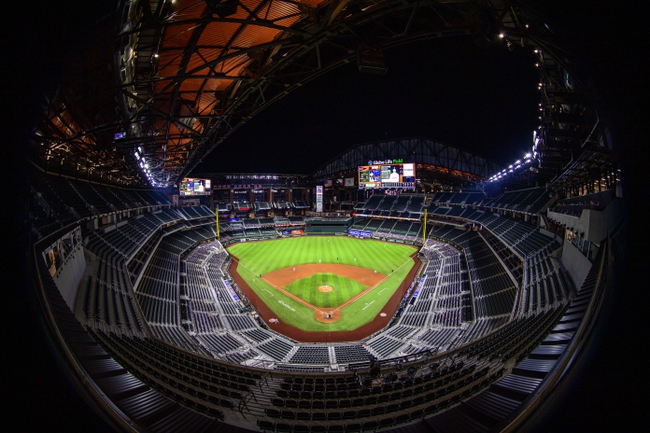 TV: FSSW, ATTH Stream the MLB Game of the Day all season on ESPN+. Sign up now!

The Houston Astros and the Texas Rangers meet in an AL West division matchup in MLB action from Globe Life Field on Friday night.

The Houston Astros come into this one looking to build on a 12-4 win over the Rangers on Thursday. George Springer, Jose Altuve and Alex Bregman each had three hits and three RBIs with Springer belting a three run home run, while Bregman was a single short of the cycle and Altuve added a three run shot as well. Josh Reddick went 3 for 5 with a home run and two RBIs while Carlos Correa added a base hit and Michael Brantley chipped in a pair of hits to cap off Houston’s offense as a team in the win. Cristian Javier got the win to improve to 5-2 on the year after allowing three runs on five hits with six strikeouts over 5.2 innings of work. Jose Urquidy will start here and is 1-1 with a 2.78 ERA and 12 strikeouts this season. In his career, Urquidy is 2-0 with a 1.29 ERA and 16 strikeouts against Texas.

The Texas Rangers will look to bounce back after a disappointing outing against Houston on Thursday. Willie Calhoun led the way, going 2 for 4 with a home run and three RBIs as part of his 2 for 4 day at the plate with a double as well. Rougned Odor added an RBI while Leody Taveras went 2 for 5 with a double. Andrew Romine and Jeff Mathis each added a double as well while Nick Solak and Ronald Guzman each contributed a base hit in the defeat. Lance Lynn took the loss, falling to 6-3 after allowing nine runs on 12 hits while striking out five over 5.2 innings of work. Kyle Cody will start here and is 1-1 with a 1.53 ERA and 17 strikeouts this season. This will be Cody’s second career start against Houston.

The offenses really broke out in a huge way on Thursday, but I’m thinking we see some slight regression on Friday. Urquidy’s allowed just two runs in 14 innings against Texas while Kyle Cody held the Astros to just one run in three innings in his lone start against them and I just don’t have any faith in the Rangers’ up and down offense because you never know what you’re going to get but maybe they show up here, who knows. I’ll side with the under as my free pick for this game but my stronger play is on the side and I have that available as a premium pick that you can find here.