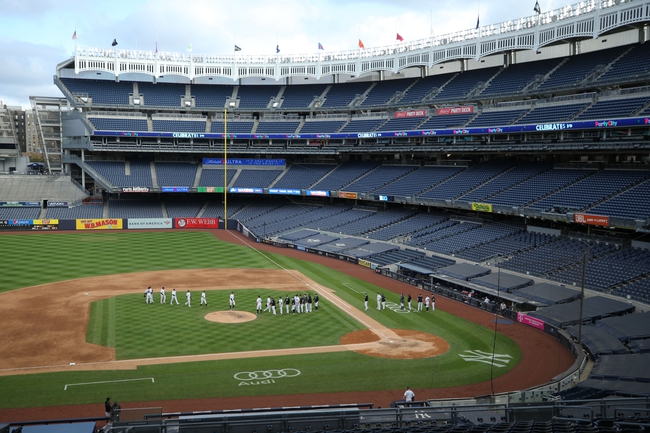 TV: FS-F, YES Stream the MLB Game of the Day all season on ESPN+. Sign up now!

The Miami Marlins and the New York Yankees meet in MLB action from Yankee Stadium on Sunday afternoon.

The Miami Marlins will look to finish the regular season on a high note after dropping Saturday’s matchup with New York by a final score of 11-4. Matt Joyce led the way, going 3 for 5 with two RBIs while Miguel Rojas had a double and an RBI and Jon Berti added an RBI as well to round out the scoring for the Fish in the loss. Monte Harrison had two hits while Jazz Chisholm, Jorge Alfaro and Garrett Cooper all had base hits to finish off Miami’s offense as a team in the losing effort. Stephen Tarpley ended up with the loss in relief, falling to 2-2 on the year as a result. Jose Urena will start here and is 0-3 with a 6.00 ERA and 13 strikeouts this season. This will be Urena’s second career start against the Yankees.

The New York Yankees will look to build off of their decent showing against the Marlins on Saturday. DJ LeMahieu and Luke Voit each had three RBIs with LeMahieu going 4 for 5 with a pair of doubles while Voit hit a three run home run in the 6th. Tyler Wade and Aaron Hicks each hit a two-run homer and Giancarlo Stanton had a double and an RBI to cap off the scoring for the Yankees in the victory. Gio Urshela had a base hit as well in the winning effort for the Yankees in the win. Deivi Garcia gave up all four runs on seven hits with seven strikeouts over 6.2 innings of work to get the win and improve to 3-2 on the year. Clarke Schmidt will start here and is 0-0 with a 7.71 ERA and 3 strikeouts this season. This will be Schmidt’s first career start against Miami.

I’m happy that the Marlins are in the postseason, but I’m probably expecting Urena to not be much of a factor when it comes to the actual games that are being played as the guy’s just been flat out awful for much of the year. Schmidt hasn’t been great in two relief appearances, but he’s New York’s top pitching prospect for a reason and threw to a 2.37 ERA in AA this season. I think that the Yankees can do enough damage off of Urena to give Schmidt a cushion here, so I’ll back the Yankees on the run line as my pick for this game. 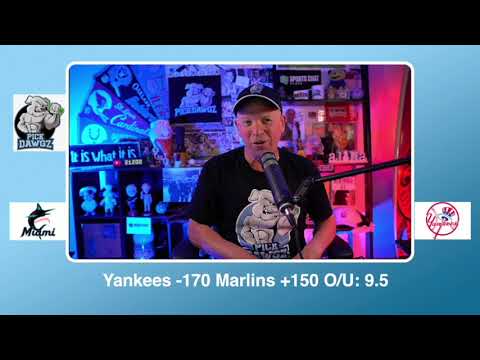