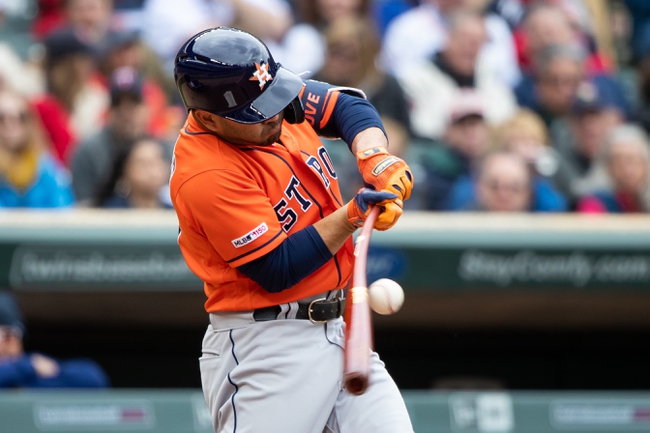 The Houston Astros and the Minnesota Twins meet in game one of their best-of-three American League Wild Card series in MLB action from Target Field on Tuesday.

The Houston Astros booked their ticket into the postseason for the 4th straight season, surging ahead into the second spot in the AL West with a 29-31 record this season. It was a fairly up and down season to say the least for Houston after their sign-stealing scandal was dealt wit in the offseason. It looked like the Astros moved past it early on in the season, shaking off an early five-game losing streak to get as high as 21-15 early on in September, but the hot run wouldn’t last, as the Astros lost 16 of 24 down the stretch, including three straight to finish the year and end up in one of the Wild Card spots. Michael Brantley finished with a team-high .300 batting average while George Springer had a team-high 14 home runs, mostly from the leadoff spot, while Kyle Tucker led the Astros with 42 RBIs. The biggest shock may have been the down year for Jose Altuve, who normally as a .300 hitter or around that mark, finished with just a .216 batting average this season. Injuries decimated Houston’s pitching staff, but Zack Greinke emerged as the staff ace and he’s going to get the start here after going 3-3 with a 4.03 ERA and 67 strikeouts in the regular season. In his career, Greinke is 5-9 with a 4.64 ERA and 102 strikeouts against the Twins.

The Minnesota Twins will look to build off of a solid 2020 season that saw Minnesota finish with a 36-24 mark, including a 23-7 record at home this season compared to Houston’s 9-21 mark on the road. The 36 wins helped Minnesota make the playoffs for the second straight year and 3rd time in the last four seasons. The Twins came flying out of the gate at 10-2 before hitting a rough patch and ending the first half with a solid 20-10 record. The Twins the lost six in a row before rattling off wins in 16 of their final 24 games and winning the AL Central title while they were at it. Nelson Cruz led the Twins with a .303 batting average but parlayed that with power as well, posting 16 home runs, 56 hits and a .397 OBP. Eddie Rosario had a team-high 42 RBIs as well for Minnesota this season. Kenta Maeda had a solid year for the Twins, so much so that he’s expected to start here after going 6-1 with a 2.70 ERA and 80 strikeouts this season. This will be Maeda’s second career start against Houston.

I get why taking the why the under is a tempting proposition on a somewhat low total as Greinke can step up and he still is technically the staff ace while Maeda finished the season well. However, Greinke had an ERA around 15 in the early playoff round last year and had a 6.75 ERA across his last three starts before the playoffs while Maeda's always capable of giving up a couple of runs himself. Add in the talent on both batting lineups, and I'll side with the over as my free play for this game but my stronger play is on the side and I have that available as a premium pick that you can find here. 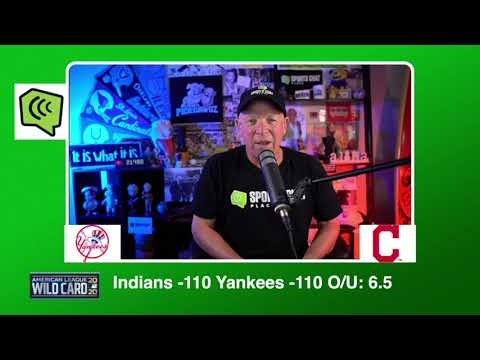