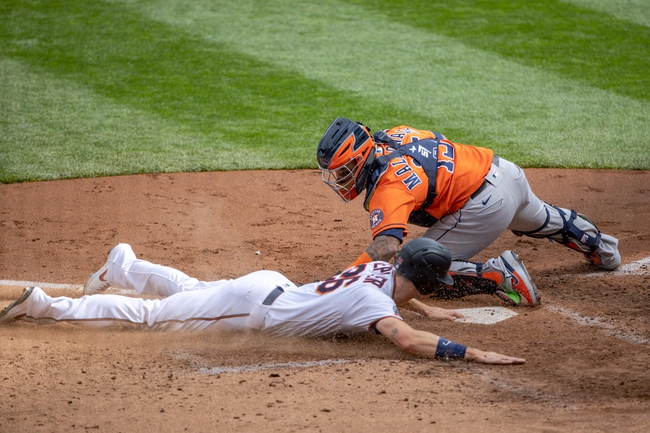 The Houston Astros and the Minnesota Twins meet Wednesday in MLB Wild Card Round action from Target Field.

This will be Game 2 of a best-of-three American League playoffs series between the Astros and the Twins this week. In the set opener on Tuesday, the Astros broke a 1-1 tie with three runs in the top of the ninth inning, holding on for a 4-1 Houston victory. Check back all season long for free MLB picks and MLB predictions at Sports Chat Place.

The Astros out-hit the Twins 8-4 in the Tuesday victory, but were trailing 1-0 going into the seventh inning and couldn’t get much going on the scoreboard until the ninth. Michael Brantley was the only Houston hitter with multiple knocks, going 2-for-5 with two RBI. Starting pitcher Zack Greinke went 4.0 innings with two hits, one earned, three walks and a strikeout.

Over on the Twins’ side, Tuesday starting pitcher Kenta Maeda went 5.0 innings with tow hits, three walks and five strikeouts in a no-decision. Nelson Cruz was the only Minnesota batter with an extra-base hit, posting a double and an RBI.

Pick: I’m going to stick with the Twins here. This one’s pretty close, though. Berrios gave up four earned on five hits and two homers his last time up, but he’s been pretty good about not giving up the long ball lately. Berrios also has two or fewer walks in each of his last five games, and he’s 3-1 during that time. If Minnesota can get a quality start in this one and keep the big plays to a minimum I like the Twins to eke one out. Should be an exciting game.

The pick in this article is the opinion of the writer, not a Sports Chat Place site consensus.
Previous Pick
Atlanta Braves vs. Cincinnati Reds MLB Wild Card Picks, Odds, and Predictions 9/30/20
Next Pick
MLB Picks: Chicago Cubs vs. Miami Marlins Wild Card 9/30/20 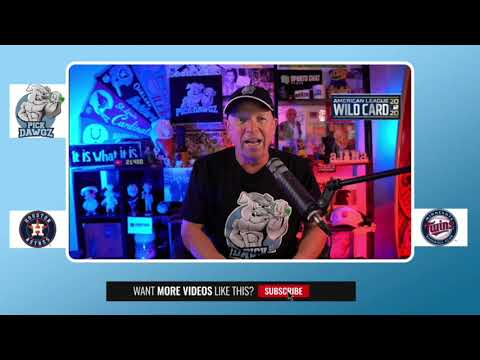