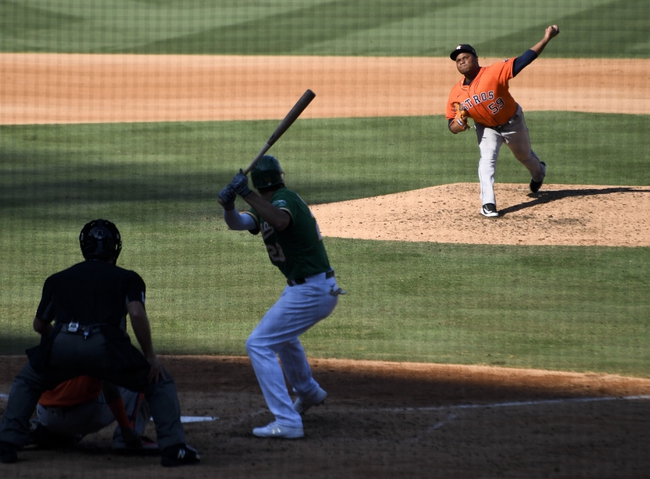 The Houston Astros and the Oakland A’s meet in game three of their best-of-five ALDS series in MLB action from Dodger Stadium on Wednesday afternoon.

The Oakland A’s will look to bounce back and get on the board after dropping game two on Tuesday. Khris Davis went 2 for 3 with a solo home run while Chad Pinder had a solo homer to finish off Oakland’s scoring as a team in the losing effort. Marcus Semien went 2 for 3 at the dish while Stephen Piscotty chipped in a base hit as well to finish off Oakland’s offense as a team in the loss. Sean Manaea ended up taking the loss after allowing four runs on five hits while striking out a pair over 4.1 innings of work. Jesus Luzardo is expected to get the start here and is 3-3 with a 4.04 ERA and 59 strikeouts in the regular season. In his career, Luzardo is 1-0 with a 2.87 ERA and 14 strikeouts against Houston.

The Houston Astros will be out to complete the sweep after taking game two of the series by a final count of 5-2 to go up two games to none over Oakland in the set. George Springer led the way, going 2 for 4 with a pair of home runs and three RBIs while Martin Maldonado had a solo home run and Carlos Correa added an RBI to round out Houston’s scoring as a team in the victory. Michael Brantley added a double while Kyle Tucker and Josh Reddick each had a base hit to finish off Houston’s offense as a team in the victory. Framber Valdez got the win after allowing just two runs on five hits while striking out four over seven innings of work. Ryan Pressly closed out the 9th to pick up the save for the Astros. Jose Urquidy will start here and is 1-1 with a 2.73 ERA and 17 strikeouts in the regular season as well as 0-0 with a 2.08 ERA and 3 strikeouts this postseason. In his career, Urquidy is 0-1 with a 2.45 ERA and 11 strikeouts against Oakland.

The total’s been all over the place in the first two games of this series, but I think with so much at stake in game three, I’m leaning towards the under here. Luzardo hasn’t been all that great, but even if he limits the damage, the Oakland bullpen is pretty good and Urquidy’s been pretty good for the Astros as well this season. I think we see a tight game in game three, so I’ll side with the under as my free play but my stronger play is on who I think wins this game and I have that available as a premium pick that you can find here. 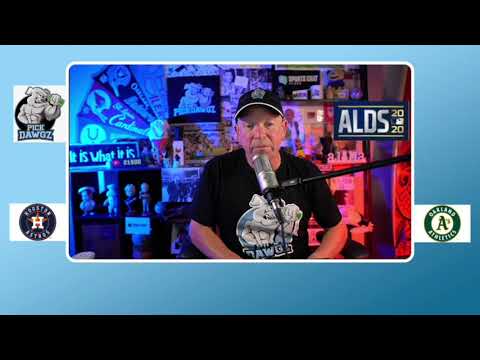