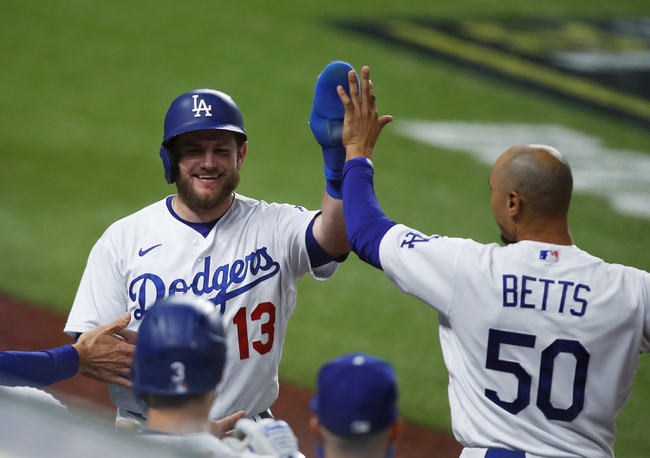 The San Diego Padres need a bounce back showing here to even up the series at 1-1. The San Diego Padres offense just couldn’t get going in their game one loss, and the pitching staff has allowed five or more runs in three of their first four playoff games. The Padres have to do a better job of getting that big hit with runners in scoring position and relying a little less on the home run ball to bail them out. Either way, the Padres haven’t lost back-to-back games since September 23-25. Tommy Pham leads the Padres with six hits and one RBI while Fernando Tatis Jr. and Jake Cronenworth have combined for 11 hits and seven RBI. Zach Davies gets the ball, and he was 7-4 with a 2.73 ERA and 63 strikeouts this season. Davies is 0-0 with a 12.00 ERA and four strikeouts in his postseason career.

The Los Angeles Dodgers look for another victory to take a commanding 2-0 series lead. The Los Angeles Dodgers had everything working for them in their game one victory and they’re now 3-0 in these playoffs. In fact, the Dodgers have outscored their last three opponents by a combined score of 12-3. The Dodgers were the most balanced team in baseball this season and it’s carried over to the playoffs up to this point. Mookie Betts leads the Dodgers with four hits and three RBI while Cody Bellinger and Chris Taylor have combined for six hits and one RBI. Clayton Kershaw gets the ball, and he was 6-2 this season with a 2.16 ERA and 62 strikeouts. Kershaw is 10-11 with a 4.22 ERA and 183 strikeouts in his postseason career.

You could make a case for the Padres here given Kershaw's struggles in the postseason and knowing a possible stinker is right around the corner. However, the Dodgers have been the most balanced and consistent team in baseball this season, and they've been highly impressive overall through three playoff games. Also, Kershaw has owned the Padres throughout his career, posting a 21-7 record with a 2.03 ERA and 277 strikeouts. I'm not sure you want to step in front of those numbers, regardless of who pitches for the Padres.

Give me the Dodgers, and I'll take the RL to sweeten the price.