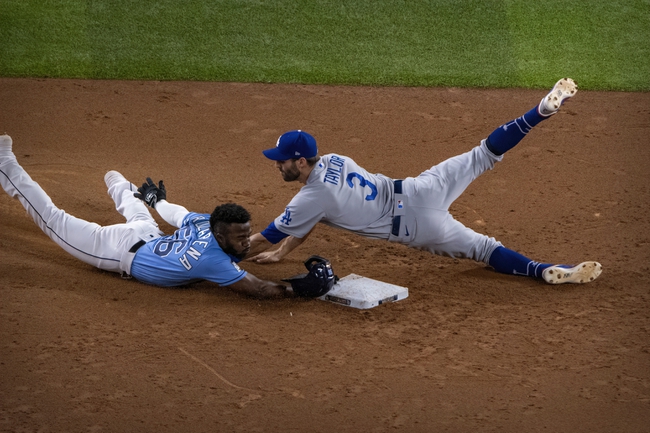 The Tampa Bay Rays need a victory here to save their season and force a game seven on Wednesday. The Tampa Bay Rays offense continues to let them down in their losses, as they managed just two runs in their game five loss and have been held to three or less runs overall in five of their last nine games. We know how great the Rays pitching is, but the inconsistent offense is putting a lot of pressure on those arms to be nearly perfect. Randy Arozarena leads the Rays with 27 hits and 13 RBI while Manuel Margot and Kevin Kiermaier have combined for 29 hits and 18 RBI. Blake Snell gets the ball for the Rays, and he is 2-3 with a 3.03 ERA and 35 strikeouts in his postseason career.

The Los Angeles Dodgers will win their first World Series since 1988 and their sixth World Series overall since moving to LA. The Los Angeles Dodgers scored four runs in their game five victory and are averaging 5.8 runs per game in this series. The Dodgers have scored no less than four runs in six straight games and are 10-3 this postseason when scoring at least four runs. Corey Seager leads the Dodgers with 22 hits and 19 RBI while Mookie Betts and Justin Turner have combined for 36 hits and 13 RBI. Tony Gonsolin gets the ball for the Dodgers, and he is 0-2 with a 9.39 ERA and nine strikeouts in his postseason career.

The Tampa Bay Rays have done a good job of bouncing back from losses in this series and Snell is a big game pitcher who has been solid for the Rays this postseason, allowing win runs and 18 hits through 24.1 innings with 28 strikeouts. Gonsolin hasn't been good in a limited role, allowing eight runs and six hits in 7.2 innings and with this likely being a bullpen game for the Dodgers, you're relying on a lot of arms to be good through nine innings. I have a lot more confidence in the Rays and their experienced starter going five or six innings than I do this Dodgers bullpen that's been shaky at best in this series.

Give me the Rays and the plus money, as we go to a game seven. However, if this is the end of the season, see you guys next year!

The pick in this article is the opinion of the writer, not a Sports Chat Place site consensus.
Previous Pick
MLB Picks: Tampa Bay Rays vs Los Angeles Dodgers Odds, Predictions 10/25/20