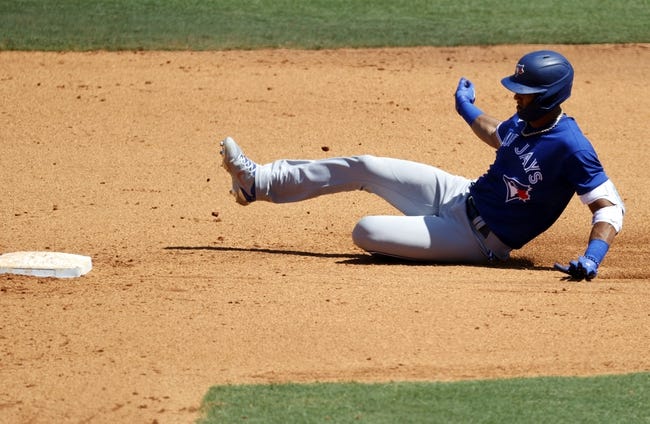 TV: ESPN, YES Stream the MLB Game of the Day all season on ESPN+. Sign up now!

The Toronto Blue Jays are coming off a 32-win season that ended in a Wild Card Series sweep against the Tampa Bay Rays. The Blue Jays had a busy offseason and hope to build on that success by adding George Springer and Marcus Semien to the top of the lineup. The Blue Jays were already a talented offensive team that finished seventh in runs and eight in home runs, and now they threw in two experienced and consistent bats to add to that production. While they’re not in the easiest division, the Toronto Blue Jays are a team on the rise and will be worth watching closely this season. Hyun-Jin Ryu gets the ball, and he was 5-2 with a 2.69 ERA and 72 strikeouts last season. Ryu is 1-2 with a 6.04 ERA and 20 strikeouts in his career against the Yankees.

The New York Yankees won 33 games last season and watched things end in the AL Division Series. The Yankees return pretty much the same roster from a year ago outside of the additions of Jay Bruce, Jameson Taillon and Corey Kluber. The Yankees were fourth in the league in runs scored and fifth in home runs, and that offensive production will continue with DJ LeMahieu, Aaron Judge, Giancarlo Stanton and Gleyber Torres in the lineup. There’s not a lot of teams that have the talent that stacks up with the Yankees, and they have a good chance to win their first World Series since 2009. Gerrit Cole gets the ball, and he was 7-3 with a 2.84 ERA and 94 strikeouts last season. Cole is 3-0 with a 2.88 ERA and 39 strikeouts in his career against the Blue Jays.

The Toronto Blue Jays are a team I'll be watching closely this season, as they're a team on the rise and have dark horse World Series potential. However, this is a tough opening day on the road against a stacked Yankees side, and Ryu hasn't had a lot of success against this lineup. The New York Yankees have been dominant as of late at home and Cole is one of the top pitchers in the league and easy to trust. You can argue this price could be steeper. Give me the Yankees. 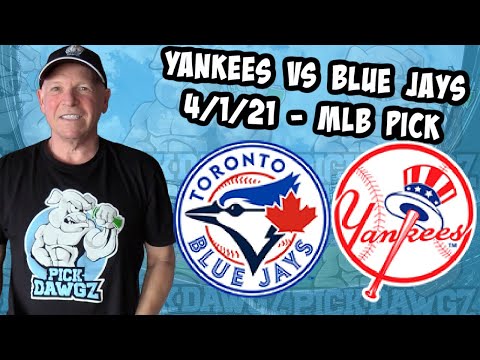