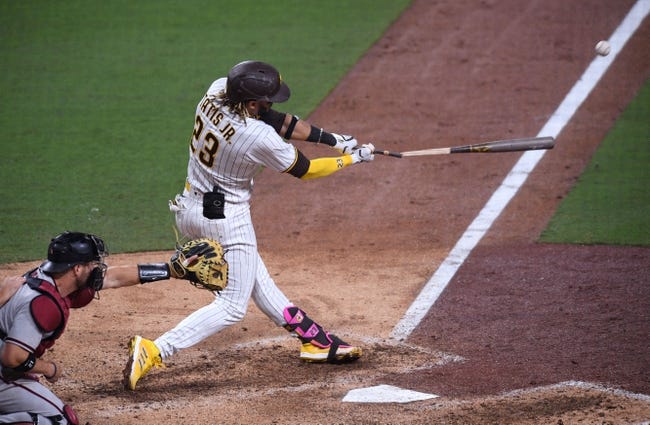 TV: BSSD, BSAZ Stream the MLB Game of the Day all season on ESPN+. Sign up now!

The Arizona Diamondbacks hope to avoid the brutal four-game sweep with a victory here. The Diamondbacks pitching staff has let the team down the most, allowing a combined 19 runs in the first three games. The Diamondbacks have lost 12 of their last 15 games when allowing four or more runs. Ketel Marte leads the Diamondbacks with eight hits and three RBI while Carson Kelly and Asdrubal Cabrera have combined for six hits and three RBI. Taylor Widener gets the ball, and he was 0-1 with a 4.50 ERA and 22 strikeouts last season. Widener is 0-0 with a 8.44 ERA and eight strikeouts in his career against the Padres.

The San Diego Padres look to keep the ball rolling while improving to 4-0 on the year. The Padres offense has stepped up, but the pitching staff is also coming off a shutout win on Saturday. The Padres have won 14 of their last 16 regular season games when scoring four or more runs. Eric Hosmer leads the Padres with six hits and six RBI while Wil Myers and Jake Cronenworth have combined for eight hits and five RBI. Chris Paddack gets the ball, and he was 4-5 with a 4.73 ERA and 58 strikeouts last season. Paddack is 2-1 with a 1.59 ERA and 30 strikeouts in his career against the Diamondbacks.

The Arizona Diamondbacks haven't done much all that well in this series and they now throw out a pitcher who has just 20 big league innings under his belt. Chris Paddack is a better pitcher than what he showed last season, and he has a red hot Padres offense backing him up. The season is still young and the Diamondbacks could turn things around, but I'll play the trends of what we've seen through three games. Give me the Padres and the RL. 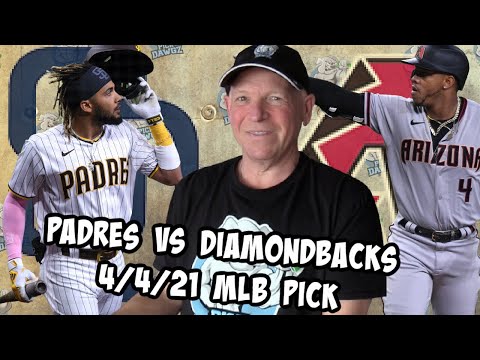