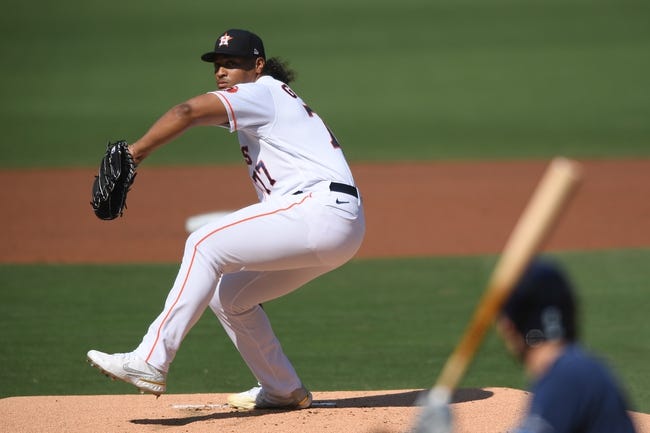 TV: ATTSN Stream the MLB Game of the Day all season on ESPN+. Sign up now!

The Houston Astros and the Los Angeles Angels meet Monday in MLB action from Angel Stadium.

Houston is coming off a weekend set versus the A’s. After taking the first three games, on Sunday the Astros made it a sweep with a seven-run victory. As for the Angels, they played the White Sox over the weekend. Los Angeles went 2-1 in the first three games, then in the Sunday game four the Angels posted a three-run win. Check back all season long for free MLB picks at Sports Chat Place.

Houston didn’t have a whole lot of issues scoring against the A’s, posting victories of 8-1, 9-5 and 9-1 in the first three games. In the Sunday matchup, the Astros offense was working once again in a 9-2 win. Yuli Gurriel posted three hits with two RBI and a run in that one.

For the Monday starting pitcher role, the Astros are sending out Luis Garcia. Last season, Garcia appeared in five games for Houston. He put up a 2.92 ERA and was solid through five innings in his only Major League start.

Over on the Angels’ side, they took a 4-3 win on Thursday against the White Sox, but then lost 12-8 Friday. After a 5-3 win in the Saturday game, Los Angeles broke a ninth-inning tie with a Jared Walsh homer in the final frame. Walsh had two home runs in the game.

In the starter role on Monday, Los Angeles will go with Jose Quintana. In spring training this year, Quintana put up a 3.32 ERA through six starts. In 2020, Quintana had some injury issues and managed to post just 10 innings.

PICK: I’m going to stick with Houston here. The Astros bats were working overtime in the Oakland series, and the team notched 26 runs through their first three games. This one will likely be another higher-scoring affair, and in that capacity I like Houston better for the victory. Should be an interesting series.