The Minnesota Twins and the Detroit Tigers meet Tuesday in MLB action from Comerica Park.

This will be game two in a three-game set between these teams this week. In Monday’s series opener, Minnesota posted a huge nine-run victory. Check back all season long for free MLB picks at Sports Chat Place.

Minnesota lost their Opening Day matchup against the Brewers, but came back to beat Milwaukee in the next two games. On Monday against the Tigers, Minnesota posted five runs in both the second and fifth innings during a 15-6 blowout win. Nelson Cruz notched three hits, three runs and five RBI in that one.

For the Tuesday starting pitcher role, the Twins will send out JA Happ. Last year with the Yankees, Happ was 2-2 over nine starts with a 3.47 ERA and 42 Ks in 49.1 innings. Happ had a positive virus test earlier this year but appears ready to get the season going.

Over on the Tigers’ side, they managed a pair of wins in their first two games, but fell to the Indians on Sunday. In Monday’s series opener versus the Twins, Detroit was down 11-0 in the fifth inning and couldn’t get anywhere close afterward. Akil Baddoo led the team with two hits and four RBI.

For the starting pitcher slot on Tuesday, Detroit will send out Casey Mize. Last year Mize was 0-3 for the Tigers, notching a 6.99 ERA over seven starts and 28.1 innings. Mize had some issues with his command during spring training but still had good strikeout numbers.

PICK: I’m sticking with Minnesota here, especially after that big Monday performance. The Twins looked pretty good overall against the Brewers despite the Opening Day loss, and with Happ on the mound they should have a good shot at getting an early lead. Mize should be able to rack up a handful of strikeouts, but considering he had a few issues during spring I still like the Twins better in this one.

The pick in this article is the opinion of the writer, not a Sports Chat Place site consensus.
Previous Pick
SSG Landers vs. Hanwha Eagles: 4/6/21 KBO Baseball Pick, Odds, and Prediction
Next Pick
Washington Nationals vs Atlanta Braves MLB Picks, Odds, Predictions 4/6/21 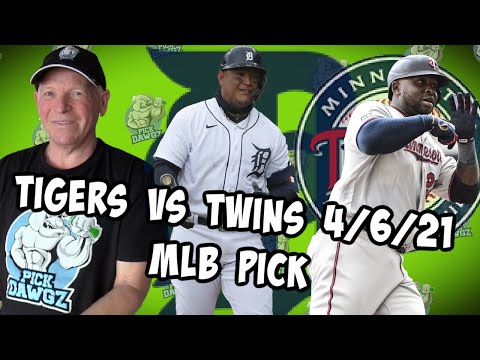