TV: BSSD, NSB+ Stream the MLB Game of the Day all season on ESPN+. Sign up now!

The San Francisco Giants look for a win to get a game above a .500 record. The Giants have scored nine runs in their last three games and three or less runs in two of their first four games. The Giants have lost eight of their last nine games when scoring three or less runs. Donovan Solano leads the Giants with seven hits and two RBI while Evan Longoria and Wilmer Flores have combined for seven hits and five RBI. Aaron Sanchez gets the ball, and he was 5-14 with a 5.89 ERA and 115 strikeouts in the 2019 season. This will be Sanchez’s second career game against the Padres.

The San Diego Padres look for a win to build on their 3-2 record. The Padres have scored 10 runs in their last three games and four or more runs in three of their first five games. The Padres have won six straight games when scoring four or more runs. Eric Hosmer leads the Padres with seven hits and six RBI while Jake Cronenworth and Wil Myers have combined for eight hits and five RBI. Yu Darvish gets the ball, and he is 0-0 with a 7.71 ERA and six strikeouts this season. Darvish is 1-0 with a 4.91 ERA and 19 strikeouts in his career against the Giants.

The San Diego Padres didn't look good last night and now could be without Fernando Tatís Jr. for quite some time, which is a massive blow to this team and the confidence as a whole. With that said, the Giants are throwing out a pitcher in Aaron Sanchez who hasn't pitched since August 20 of 2019. Sanchez missed all of last season due to shoulder surgery. I have a hard time getting behind pitchers with question marks and I need to see Sanchez on a big league mound recently before I can back him with confidence. Give me the Padres and the RL for max betting value.

The pick in this article is the opinion of the writer, not a Sports Chat Place site consensus.
Previous Pick
Oakland Athletics vs Los Angeles Dodgers MLB Picks, Odds, Predictions 4/6/21
Next Pick
SSG Landers vs. Hanwha Eagles: 4/7/21 KBO Baseball Pick, Odds, and Prediction 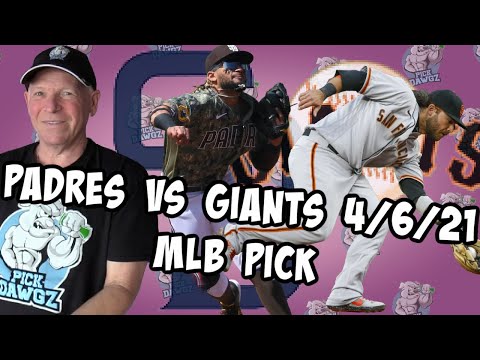