TV: MLBN, BALLY Stream the MLB Game of the Day all season on ESPN+. Sign up now!

The St. Louis Cardinals and the Miami Marlins meet Wednesday in MLB action from Marlins Park.

This will be the third installment of a three-game set between these teams. St. Louis took Monday’s game 4-1, then in the Tuesday matchup the Cardinals kept it going with a two-run win. Check back all season long for free MLB picks at Sports Chat Place.

For the starting role on Wednesday, St. Louis will go with Jack Flaherty. In his first start this year versus the Reds, Flaherty posted 4.1 innings with six runs on a snowy day. Flaherty threw 94 pitches in that one, and had issues getting through the fourth and fifth innings.

Over on the Marlins’ side, they were only able to find one run on five hits in the Monday opener, with Starling Marte notching the lone RBI. On Tuesday the Marlins had a 2-0 lead going into the sixth but couldn’t hold it. Garrett Cooper posted a run for Miami and had three walks.

For the Wednesday start, the Marlins will send out Pablo Lopez. In his debut this year Lopez posted five scoreless innings and collected four strikeouts in a no-decision. Last year Lopez put up a 3.61 ERA with a 6-4 record and 59 strikeouts over 57.1 innings of work.

Meanwhile, the Marlins are 7-19 in their last 26 Wednesday games and 2-6 in their last eight home games versus a right-handed starter. The over is 10-3 in Miami’s last 13 in game three of a series and the under is 7-3 in their last 10 overall.

PICK: I’m going to take a stab on the Marlins here. Flaherty started out pretty well in his first appearance this year, but eventually fell off the rails by giving up six runs. Lopez has seen the Cardinals a couple of times this year already in Grapefruit League action, so he should be pretty comfortable in this one. It’ll be an interesting matchup, but I like Lopez enough to take Miami if they can back him up with a few runs. 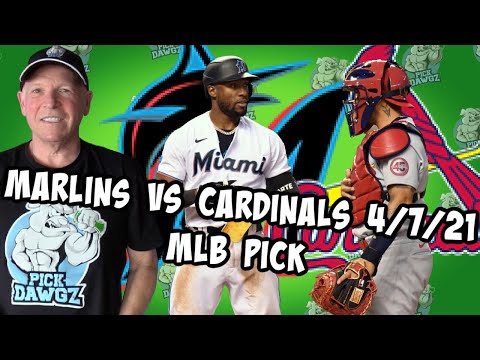