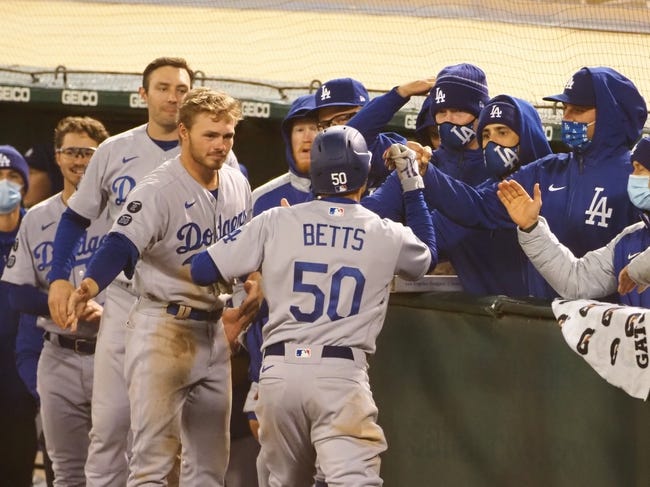 TV: NSCA, SNLA Stream the MLB Game of the Day all season on ESPN+. Sign up now!

The Los Angeles Dodgers and Oakland Athletics meet Wednesday in MLB action at the Oakland Coliseum.

The Los Angeles Dodgers look for a win to build on their five-game winning streak. The Dodgers have scored 19 runs in their last three games and four or more runs in six straight games. The Dodgers have won 10 of their last 12 games when scoring four or more runs. Max Muncy leads the Dodgers with nine hits and five RBI while Corey Seager and Mookie Betts have combined for 17 hits and seven RBI. Trevor Bauer gets the ball, and he is 1-0 with a 5.68 ERA and 10 strikeouts this season. Bauer is 1-4 with a 3.72 ERA and 52 strikeouts in his career against the Athletics.

The Oakland Athletics need a win here to rebound from an 0-6 record. The Athletics have scored six runs in their last three games and three or less runs in five of their first six games. The Athletics have lost seven straight games when scoring three or less runs. Mark Canha leads the Athletics with six hits and one RBI while Matt Olson and Ramon Laureano have combined for seven hits and two RBI. Jesus Luzardo gets the ball, and he is 0-1 with a 9.00 ERA and eight strikeouts this season. This will be Luzardo’s second career game against the Dodgers.

The Los Angeles Dodgers are on a role right now and we know what they're capable of when they're firing on all cylinders. The Oakland Athletics are better than what they've shown up to this point, but their offense is ice cold right now and it's tough to back them against a team like the Dodgers when they can't hit their way out of a wet paper bag. Tough spot for the A's. Give me the Dodgers, and I'll take the RL to shave down the expensive ML price. 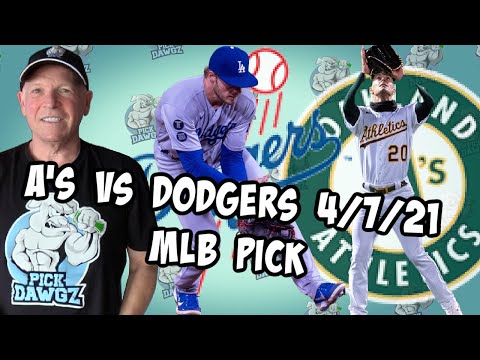