TV: MASN, SNLA Stream the MLB Game of the Day all season on ESPN+. Sign up now!

The Washington Nationals look for a win here to get a game above a .500 record. The Nationals have scored six runs in their last two games and four or more runs in two of their first three games. The Nationals have won 10 of their last 11 games when scoring four or more runs. Starlin Castro leads the Nationals with four hits and three RBI while Ryan Zimmerman and Trea Turner have combined for seven hits and four RBI. Joe Ross gets the ball, and he was 4-4 with a 5.48 ERA and 57 strikeouts in the 2019 season. Ross is 0-2 with a 7.02 ERA and 15 strikeouts in his career against the Dodgers.

The Los Angeles Dodgers look for a win to build on their 5-2 record. The Dodgers have scored 18 runs in their last three games and four or more runs in six of their first seven games. The Dodgers have won five straight games when scoring four or more runs. Corey Seager leads the Dodgers with 11 hits and seven RBI while Max Muncy and Justin Turner have combined for 18 hits and 12 RBI. Walker Buehler gets the ball, and he is 0-0 with a 3.00 ERA and four strikeouts this season. Buehler is 0-1 with a 3.38 ERA and 15 strikeouts in his career against the Nationals.

The Washington Nationals are a good enough team to consider with the big plus money here, but they're throwing out a starting pitcher in Joe Ross who hasn't pitched since game 5 of the 2019 World Series. We know what Walker Buehler brings to the table, and he's holding current Nationals hitters to a .176 batting average with 11 strikeouts in 31 at bats. The Dodgers offense is also firing on all cylinders out the gate. Give me the Dodgers and the RL for max betting value. 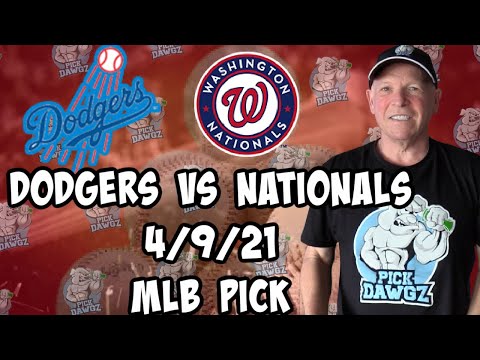