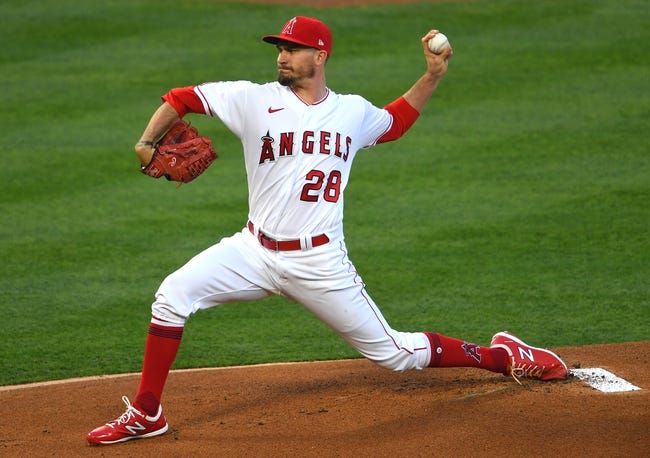 This will be the second installment of a four-game weekend series between these teams. In the opener on Thursday, we had an extra-innings battle as the Angels eventually prevailed 7-5. Check back all season long for free MLB picks at Sports Chat Place.

Los Angeles won their first series versus the White Sox 3-1, then were able to split a pair of games versus the Astros this week. In the Thursday game, the Angels posted two runs in the 11th inning to power out a 7-5 extra-innings win. Mike Trout led the way with three hits, two runs and a homer.

For the Friday starting pitcher role, the Angels will send out Andrew Heaney. In his first start this year, Heaney had a bad outing and took a loss. He went 3.0 innings on April 2 versus the White Sox, coughing up seven earned with two walks, five hits and four strikeouts.

Over on the Toronto side, they managed to take care of the Yankees three games to one in their opening series, then went 1-2 versus the Rangers. In Thursday’s game the Jays had a lead going into the seventh but couldn’t score from there. Vlad Guerrero Jr. posted two hits with three RBI in the loss.

For the Friday starting pitcher role, it’s looking like the Jays will go with David Phelps as an opener. They're likely to put TJ Zeuch in shortly after that. So far this year Zeuch has one game under his belt with 4.0 innings. He gave up three hits with a walk and one strikeout in that appearance.

PICK: I’m going to take a shot on the Angels here. Heaney needs to have a better outing, though—obviously. In his first start Friday versus the White Sox, Heaney looked good early but then got away from using his fastball and struggled. I like a much cleaner game from him in this one, with Los Angeles cobbling together a few runs in a tight win.