The Boston Red Sox and the Minnesota Twins meet Monday in MLB action from Target Field.

Boston is coming off a weekend set versos the Orioles. After wins in the first two games, on Sunday the Red Sox notched another one on Sunday. As for the Twins, they just finished up versus the Mariners. Minnesota split the first pair of games in that set, then on Sunday the Twins fell by two runs. Check back all season long for free MLB picks at Sports Chat Place.

Boston notched a couple of solid wins over division rival Baltimore in their first couple of weekend outings, taking a pair 7-3 and 6-4. In the Sunday game, the Sox kept it going with a 14-9 win. Starter Nick Pivetta put up 6.0 innings with seven hits and four earned in that one.

For the starting pitcher role on Monday, the Red Sox will go with Martin Perez. In his season debut on April 6, Perez put up 5.0 innings with five hits, three earned, two walks and six Ks. He’s 0-3 with a 4.91 ERA in five lifetime appearances versus the Twins.

Over on the Twins side, they managed a nice 10-2 win over Seattle on Thursday but stumbled with a 4-3 loss in the Saturday game. In Sunday’s rubber match, Minnesota had an early lead but coughed it up completely in the ninth for an 8-6 loss. Luis Arraez notched two hits, two runs and two walks in the defeat.

For the Monday starting pitcher job, Minnesota will go with JA Happ. In his first start of the year on April 6 versus the Tigers, Happ put up 4.0 innings with three hits, one earned, three walks and four strikeouts. That gives him a 2.25 ERA in the early-going.

PICK: I’m going to stick with Boston. Happ had a pretty decent start in his debut this year, but didn’t get a whole lot of quick outs and ran his pitch count up to 89 after four innings. Perez could have been better himself, but he was able to get through five innings with fairly minimal damage. Should be a fun series but I like the Sox slightly better here. 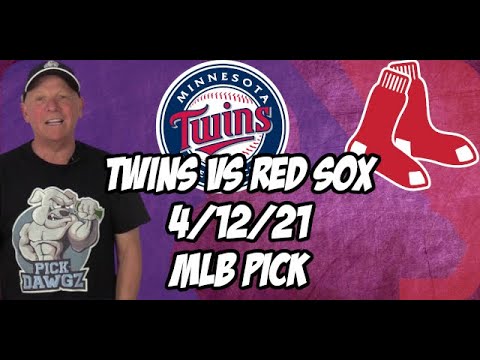