This will be the second installment of a three-game series between these teams this week. In the Monday opener, the Angels notched a seven-run win. Check back all season long for free MLB picks at Sports Chat Place.

The Angels played the Blue Jays over the weekend and won the series, taking victories on Thursday and Friday before a 15-1 blowout loss on Saturday. In the Monday game versus the Royals, Los Angeles scored three runs in both the seventh and ninth innings on the way to a 10-3 victory.

For the Tuesday start, the Angels will turn to Dylan Bundy on the mound. In two appearances so far, Bundy has a 3.75 ERA with 10 hits, five earned, three walks and 16 strikeouts in 12.0 total innings. He’s coming off 6.0 innings with two earned versos the Astros on April 6.

Over on the Royals’ side, they got in a couple of games versus the White Sox this weekend, falling Thursday 6-0 and winning 4-3 on Sunday. In the Monday game, Kansas City posted three runs on seven hits with three errors in the defeat.

For the starting role on Tuesday, the Royals will go with Danny Duffy. In his lone start versus the Indians on April 5, Duffy did well with 6.0 innings, two hits, no earned, three walks and five strikeouts. He tossed 97 pitches in that quality start and was a big help for KC.

PICK: I’m going to stick with the Angels. Most of that is due to Bundy being on the mound; he’s had a strong start thus far and has been pretty solid over his 12.0 innings of work. Duffy on the other side will make this one a pretty intriguing starting pitcher matchup, so I expect this game to be close and low-scoring initially. I think the Angels are in a good position to eke out a win in a potentially fun one to watch. 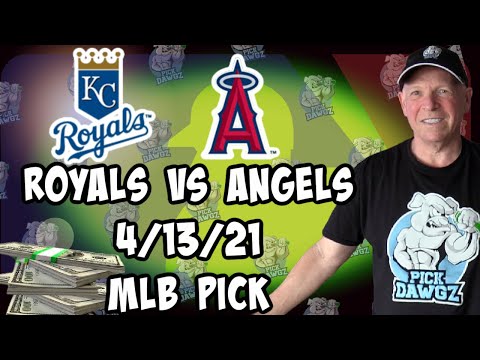