The Cincinnati Reds and the San Francisco Giants meet in MLB action from Oracle Park on Tuesday night.

The Cincinnati Reds will look to keep the ball rolling after a 3-0 triumph over the Giants on Monday night. All of Cincinnati’s damage on the board came via the long ball as Jesse Winker went 2 for 4 with a two-run home run and Joey Votto had a solo homer for insurance to cap off the Reds’ scoring output in the win. Nick Castellanos and Eugenio Suarez each had base hits as well to finish off Cincinnati’s offense as the Reds cranked out just five hits as a team in the winning effort. Wade Miley got the win to improve to 2-0 on the year after tossing six shutout innings, allowing just two hits while striking out three while Lucas Sims closed out the 9th for his 1st save. Luis Castillo will start here and is 1-1 with a 6.97 ERA and 5 strikeouts this season. In his career, Castillo is

The San Francisco Giants will look to rebound after being stifled on Monday night. Donovan Solano and Buster Posey each had a hit as the Giants mustered up the pair of base knocks in the losing effort, while the rest of the team went 0 for 22 with 7 strikeouts in the loss. Aaron Sanchez ended up with the loss after allowing two runs on three hits with three strikeouts over five innings of work. Kevin Gausman will get the nod here and is 0-0 with a 1.32 ERA and 11 strikeouts this season. In his career, Gausman is 0-3 with a 12.79 ERA and 13 strikeouts against Cincinnati.

For some reason, I just can’t buy into Kevin Gausman as a top-tier starter for any Major League team. Luis Castillo on the other hand has staff ace material, his numbers were just inflated after being roughed up in his opening day start, but I’m not ready to give up on him just yet especially after throwing seven shutout innings against the Pirates last time out. I’ll take the Reds in this one. 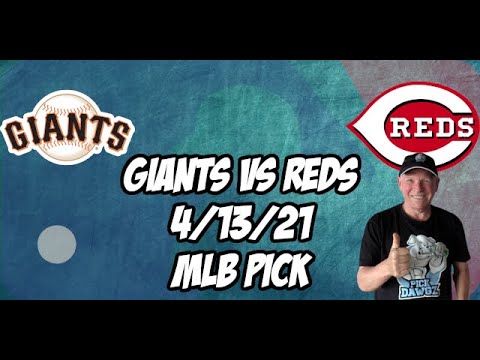