This will be the final installment of a three-game set between these teams this week. The Angels took a 10-3 win on Monday. In the Tuesday game, KC evened the series with a one-run victory. Check back all season long for free MLB picks at Sports Chat Place.

Los Angeles had their bats working well in the Monday game with 14 total hits, despite nearly coughing up an early 4-0 lead. In the Tuesday game two, LA could only manage two runs on 12 hits in a 3-2 loss. Shohei Ohtani posted three hits with an RBI and a run in the losing effort.

For the Wednesday starting pitcher job, the Angels will turn to Griffin Canning. In his lone start this year April 8 versus the Blue Jays, Canning went 5.1 innings with three hits, four earned, one walk, seven Ks and two homers. He struggled early but eventually calmed down.

Over on the Royals’ side, they notched seven hits in the Monday game but could only score three runs in the sixth inning. On Tuesday, KC peppered in three runs on five hits to eke out the victory. Starter Danny Duffy went 6.0 innings with eight hits, one earned and six Ks.

For the Wednesday start, the Royals are sending out Brad Keller. It’s been a tough start for Keller so far. He’s pitched just 4.2 innings through two starts, holding a 19.29 ERA with 10 earned runs, 15 hits, two homers, five walks and only three strikeouts.

PICK: I’m going to stick with the Angels here. Canning had a difficult first inning in his first start this year, giving up three runs in the first inning to the Jays. That said, he calmed down afterward and posted a decent 5.1 frames of work. As for Keller, he desperately needs a good outing in this one. I think he’ll play better in this one and make it through 4-5 innings, but the advantage is probably still Angels. 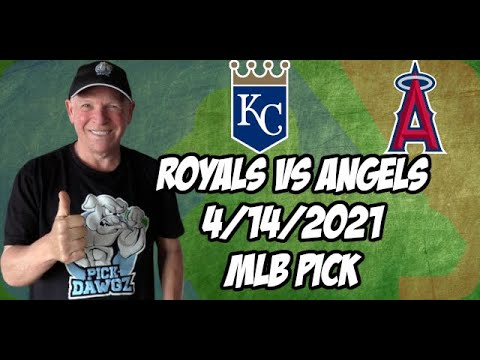