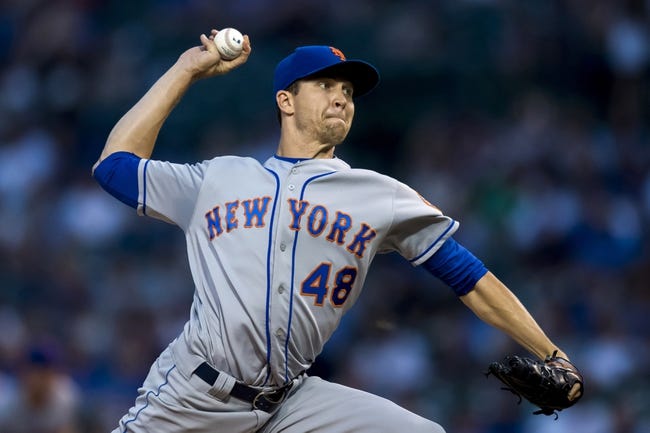 The New York Mets and the Colorado Rockies meet Saturday in MLB action from Coors Field.

This game was originally scheduled for Friday but was pushed back due to weather. It will be game one of a Saturday doubleheader. The Mets are coming off a series versus the Phillies. New York won all three of those games for a nice sweep effort. As for the Rockies, they played the Dodgers this week. After losses in the first two games, on Thursday Colorado fell again, this time by two runs. Check back all season long for free MLB picks at Sports Chat Place.

New York came up with a good series versus the Phillies, winning 4-3 and 4-0 on Tuesday, then finishing up with a 5-1 win on Wednesday. Starting pitcher David Peterson went 6.0 innings with two hits, one earned and 10 strikeouts in the Wednesday victory. A Friday game was originally scheduled but was postponed due to weather.

For the Saturday game one start, the Mets are going with Jacob deGrom. In his pair of starts so far this year, deGrom has posted 14.0 innings, eight hits, one earned (a homer), two walks and 21 strikeouts for an 0.64 ERA.

Over on the Rockies’ side, they had some trouble with the Dodgers this week, losing 7-0 Tuesday and 4-2 on Wednesday. In the Thursday finale, it was more of the same during a 7-5 loss. Colorado coughed up four runs in the bottom of the seventh to seal their fate.

For the starting pitcher on Saturday, Colorado is sending out Chi Chi Gonzalez. In his three appearances so far, Gonzalez has 10.0 innings, nine hits, four earned, six walks and five strikeouts to his credit. He’s allowed just one earned in his last eight innings.

PICK: I’m going to stick with the Mets here. The last scheduled start for deGrom was pushed back by one day because of the weather, but over his career that hasn’t had much of an effect on his numbers. It should be business as usual for deGrom, who is still searching for that first win of 2021. I think he’ll get it here. 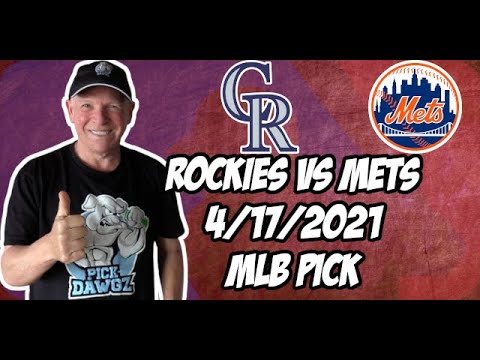