The San Francisco Giants and the Miami Marlins meet Friday in MLB action from Marlins Park.

The Giants are coming off a set versus the Reds this week. San Francisco lost the first game but got victories in the other two to take the series. As for Miami, they played the Braves this week. The Marlins got wins in the first three games, then on Thursday Miami fell in a tough one by a single run. Check back all season long for free MLB picks at Sports Chat Place.

San Francisco took a 3-0 shutout loss in the Monday game versus the Reds, but then bounced back for a 7-6 win Tuesday and a 3-0 shutout of their own on Wednesday. In that one, Giants starter Johnny Cueto put up 5.2 innings with three hits, no earned and four Ks.

For the starting role Friday, the Giants will send out Anthony DeSclafani. In his first two games, Desclafani has a 0.82 ERA with 10 hits, one earned, four walks and 12 strikeouts in 11.0 innings of work. He tossed six clean innings versus the Rockies his last time up.

Over on the Marlins’ side, their series versus the Braves went pretty well. Miami took wins 5-3, 14-8 and 6-5 in the first three, then on Thursday the Marlins coughed up a late lead and lost in the bottom of the ninth. Starter Trevor Rogers went 5.0 innings with two earned in the defeat.

For the starting pitcher role on Friday, the Marlins are going with Daniel Castano. This spring, Castano appeared in three games for Miami, going 2-1 with a 4.20 ERA, 16 hits, seven earned, two walks and 14 strikeouts in 15.0 innings.

PICK: I’m sticking with the Giants. DeSclafani has been pitching quite well to start out the season, with 12 Ks in 11.0 innings and just one earned in two starts. In his four career starts versus his former team, DeSclafani is 2-2 with a 3.04 ERA. If he can keep it going with a nice start here, I think San Francisco will be in good shape. It'll be interesting to see what Castano looks like, though. 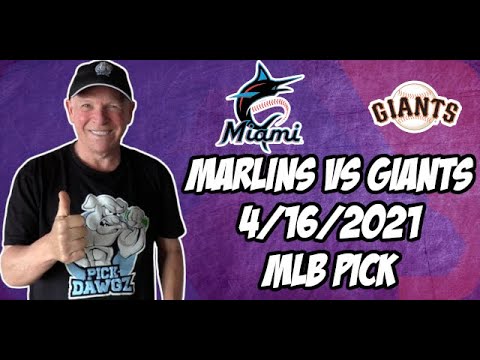