The Baltimore Orioles and the Miami Marlins meet Wednesday in MLB action from Marlins Park.

This will be the second installment of a quick two-game set between these teams. In the Tuesday opener, Baltimore secured a two-run victory. Check back all season long for free MLB picks at Sports Chat Place.

Baltimore posted a pretty good series versus the Rangers over the weekend, winning Friday and Saturday before getting shut out on Sunday. In the Tuesday game versus Miami, Baltimore scored five runs in the first three innings on the way to a 7-5 win. Starter Matt Harvey put up 5.0 innings with three earned.

For the Wednesday starting pitcher role, the Orioles will send out Bruce Zimmermann. Over three appearances so far this year, Zimmermann has 17.0 innings, 17 hits, eight earned runs, four homers allowed, five walks and 11 Ks with a 4.24 ERA.

Over on the Miami side, they managed to go 2-1 versus the Giants over the weekend, with their only blemish a 1-0 Sunday loss. In the Tuesday game, Miami got it going offensively in the fifth and sixth but it wasn’t enough. The Marlins’ Nick Neidert managed 3.0 innings with five earned.

For the Wednesday starting role, the Marlins will send out Trevor Rogers. In his three games so far, Rogers has 15.0 innings with eight hits, five runs (four earned), one homer allowed, nine walks and 23 strikeouts with a 2.40 ERA.

PICK: I’m going to take the Marlins in this one. Rogers has pitched pretty well so far this year, and he’s gone 5.0 or more innings in each of his last two starts. The strikeout numbers have been solid as well; Rogers hit 10 Ks April 10 versus the Mets. Zimmermann has had a few issues with the long ball in the early-going, so Miami should have some big-hitting opportunities. 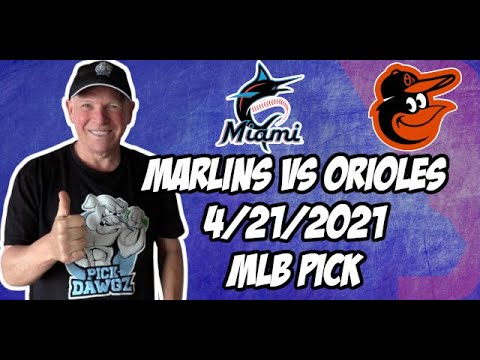