TV: BSOH, BSAZ Stream the MLB Game of the Day all season on ESPN+. Sign up now!

The Cincinnati Reds need a win after losing five of their last seven games. The Reds have scored 12 runs in their last three games and three or less runs in six of their last 10 games. The Reds are 2-4 this season when scoring three or less runs. Nick Castellanos leads the Reds with 18 hits and 10 RBI while Jesse Winker and Joey Votto have combined for 33 hits and 16 RBI. Jeff Hoffman gets the ball, and he is 2-1 with a 2.93 ERA and 12 strikeouts this season. Hoffman is 1-4 with a 9.29 ERA and 32 strikeouts in his career against the Diamondbacks.

The Arizona Diamondbacks are having a solid week, the offense has caught fire and their comeback victory last night should give them great confidence on this quick turnaround. The Cincinnati Reds batting lineup has cooled off lately and Hoffman is allowing a .291 batting average with six homers allowed in 54 at bats against current Arizona hitters. We're getting good value with the Diamondbacks and the plus money. 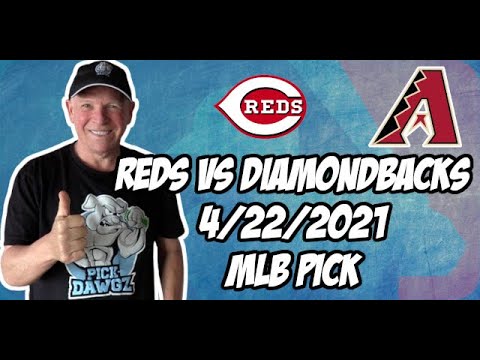